Back in Season - Making Ornaments 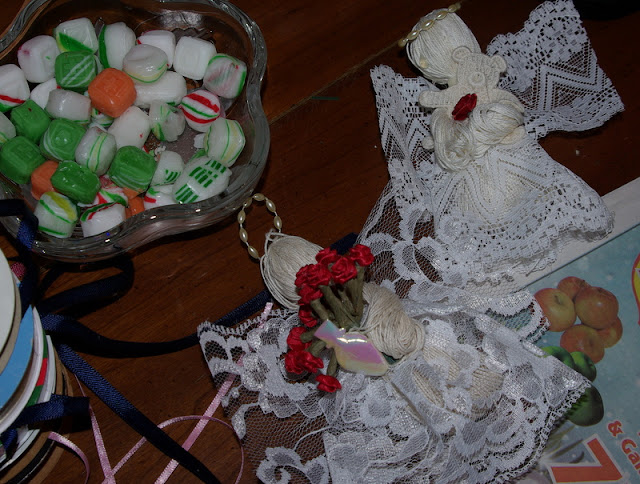 While I was waiting for the granddaughters to wake up this morning I made some quilt blocks with Halloween fabrics.     After they woke up and had breakfast we  they started making ornaments.  This year they made angels.

Now I'm back with the right season! 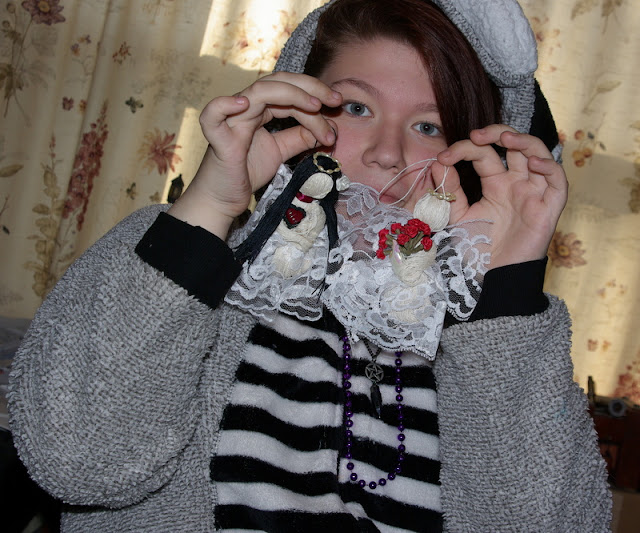 Kayla, who just turned 13 last week,  made her first angel holding a vase of roses. She then decided she needed to try to make an angel with hair.  I had my doubts about angel hair but told her to go ahead and do what she felt like doing. It turned out so cute. 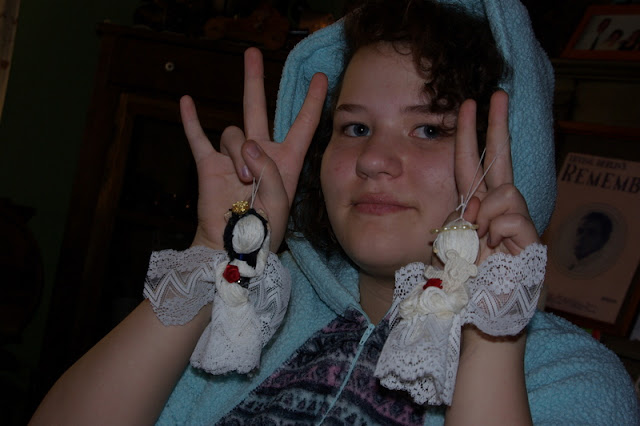 Isabelle, who turned 13 on Halloween,  made her first version holding a teddy bear. She then tried hair too, and a skinny skirt, and posing with one arm on her head.

And then they had other things to do that didn't involve grandma.

Looks like a super fun day for all--how neat that they are crafting with you...hugs, Julierose

They did a great job with their ornaments!

What a fun tradition! The angels look great!

I used to make ornaments every year with my kids too- they still hang on the tree. Good-looking angels.