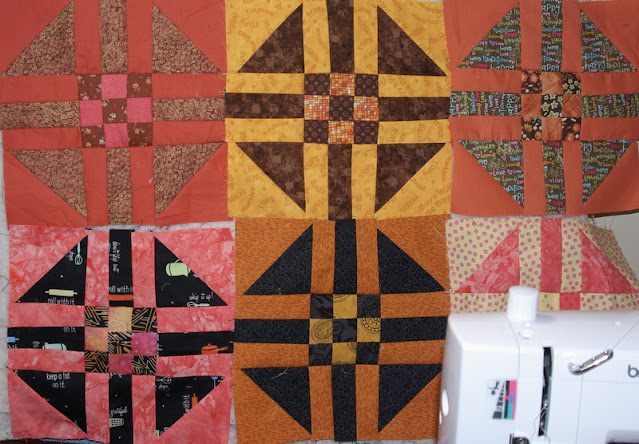 I just returned home yesterday afternoon from a short trip to a state park. Five of my husband's seven siblings and spouses rented a cabin rented a cabin in the woods and a good time was had by all although I think some folks (mostly women but not me) were disappointed that internet connectivity was almost nil and they became rather anxious. I think it's nice to get away for a bit but I am always glad to be back home. Groups of people make me anxious and I'm not much of a socializer. 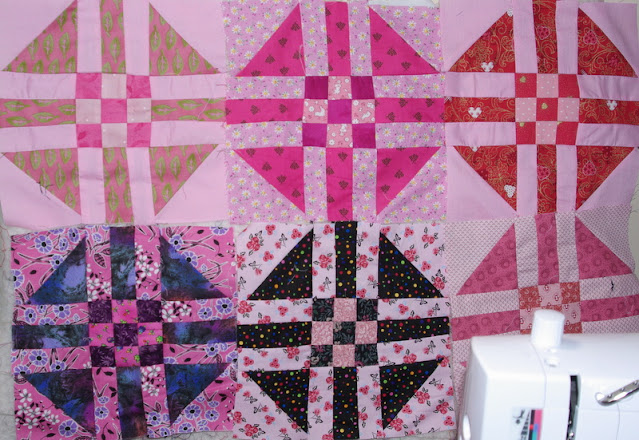 Today I finished up the rest of my Path and Stiles blocks. I now have 100 of these nine inch finished blocks. 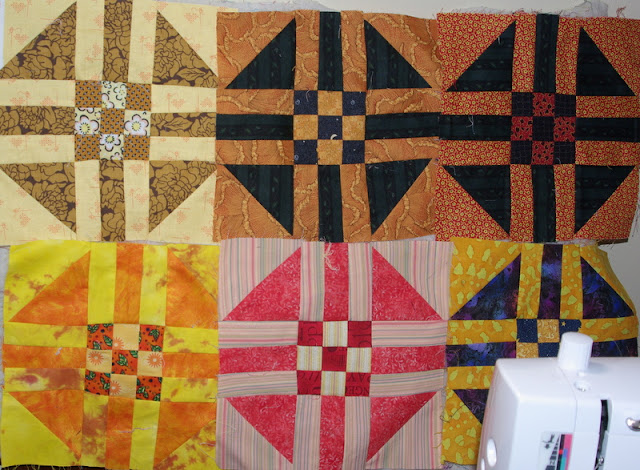 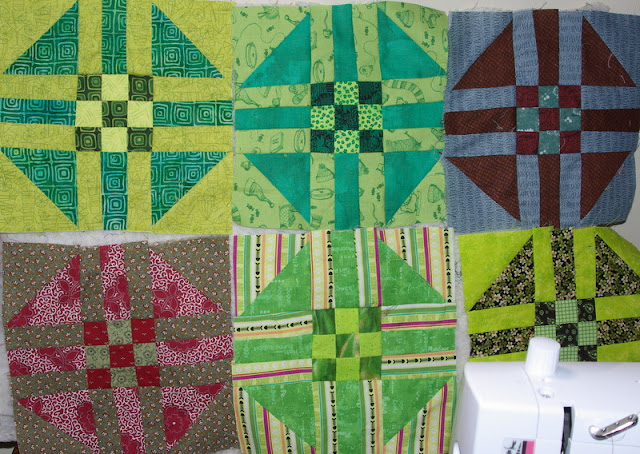 I went through my chunk scraps and tried to match up my scraps to the Nine Patch centers. I actually had a lot of fun doing that.
Now my three inch Nine Patch inventory is 100 Nine Patches lighter. 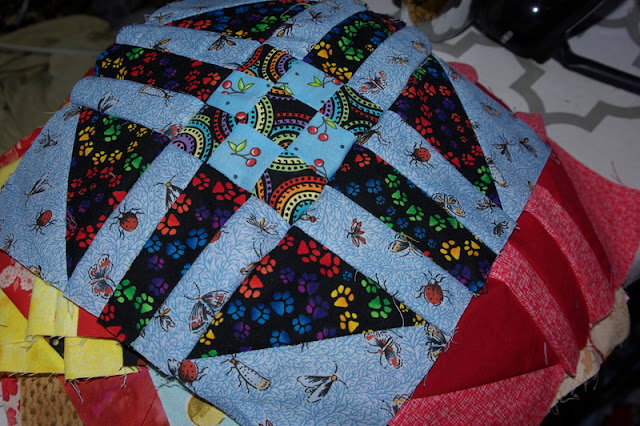 After I finishing ironing the remainder of the blocks they will all go into the Some Assembly Required box where complete blocks sets rest until I feel like assembling a top. 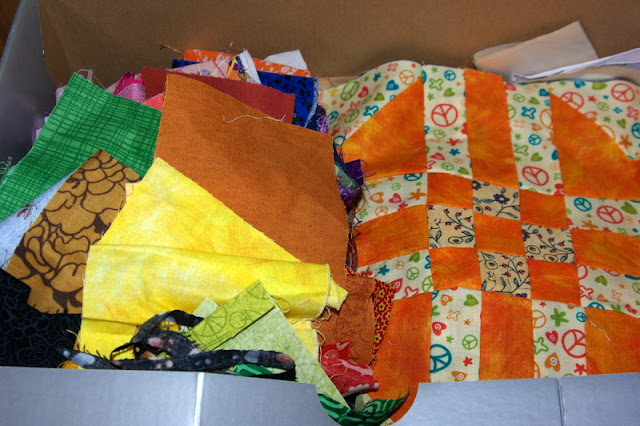 Now I have a little stack of 3.5 inch width pieces to deal with and my Shoe Box project box will be ready for another project.
Posted by Cathy at Tuesday, November 23, 2021

Lovely collection of blocks. The Some Assembly Required box is getting full again!

I've just looked through your last couple of posts, lots of beautiful ideas and blocks and projects, wow!
Your Dashing Through the 30's quilt looks wonderful on the clothes line.
Thanks for sharing!

Your Paths and Stiles are just lovely!! I especially like the browns with the gold and pinky colors...but they are are great!! Great use of nine patches...Looks like a fun block to make...hugs Julierose

Awesome looking blocks! I haven't made a quilt with this block in years and years. Makes me want a do-over.:)

You are teaching me patience! I can’t wait to see these blocks come together in a quilt top, but I don’t have a choice, do I? LOL. I’ve just added a Paths and Stiles quilt to my quilting bucket list.

Every time you show these blocks I love them even more! (And given how much I loved them from the very beginning, that's a whole lotta love at this point!)
These are definitely on my to-do list, as well as the umpty-leven other blocks you're inspired!

I'm with you about not loving the socializing in large groups of people! Love the Some Assembly Required Box approach.

I especially love the block with the blue bug fabric and the dog footprint on black.
Hope these won't stay in the some assembly required box for too long.
Pat

What a fun way to play with your nine patch collection.

Ohhh what great blocks!!
So funny about being away from internet.... How did we ever survive hahahaha!!

Glad you got to go though and catch up with everyone. and now - back to sewing!