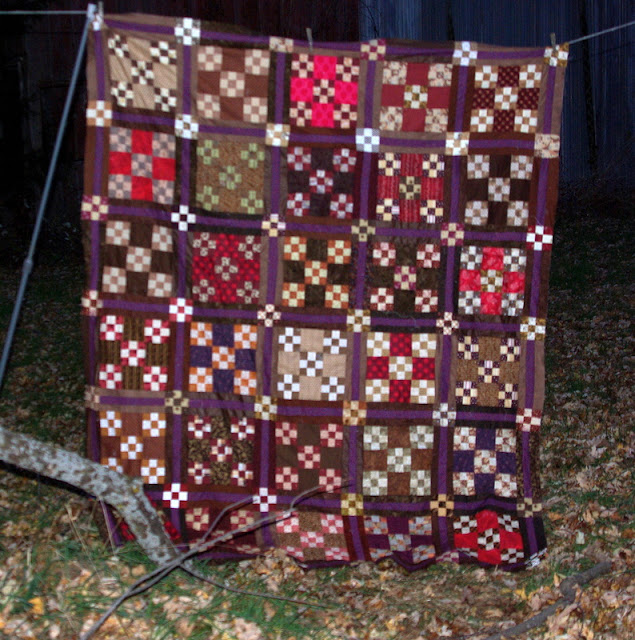 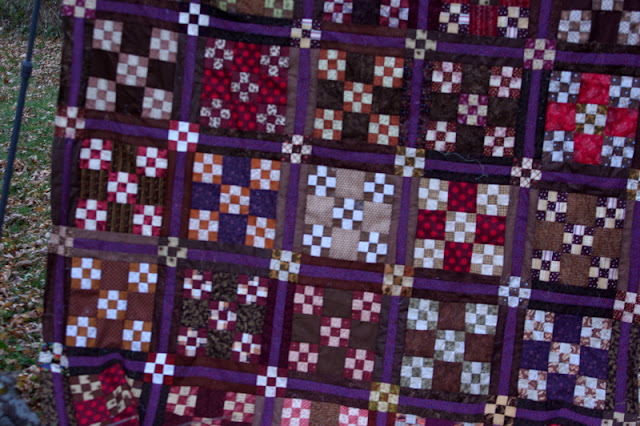 That one light block right in the middle sort of bothers me. I was thinking I should swap it out with a darker block from the top row BUT then I remembered this is a comfort quilt and not something that will be hung on a wall. So I will probably leave it as is. 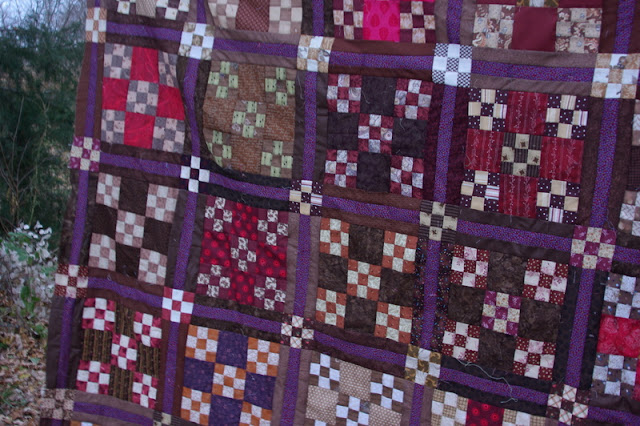 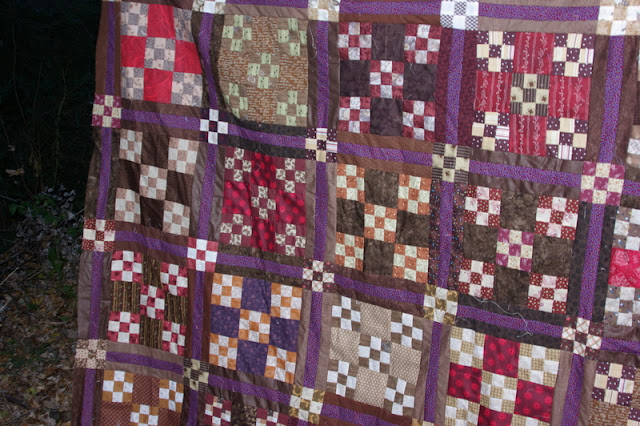 I mentioned in a previous post that I was inspired to make this by a photo from my book "History Repeated" by Betsy Chutchian and Carol Staehle. 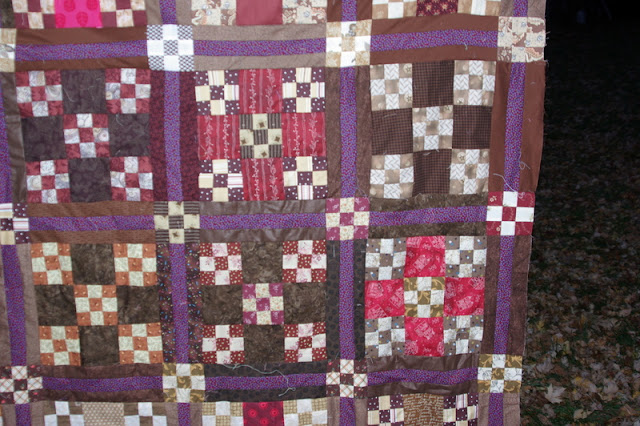 I used a lot of dark browns and reds in the Double Nine Patch blocks. 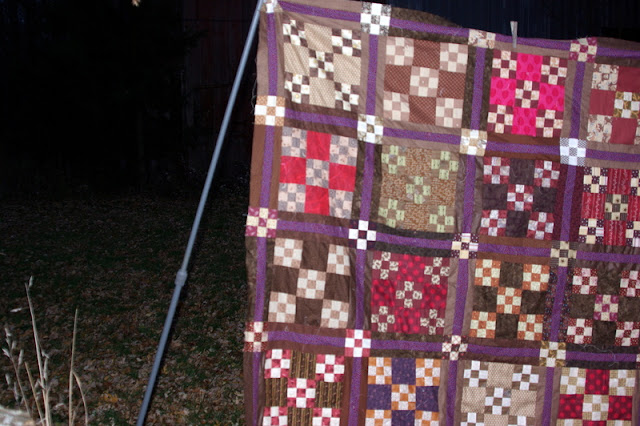 You can't tell from the photos but the middle strip in the sashings is an old red calico with blue flowers. I had just enough of it, thank goodness. I used a variety of dark browns for the other two strips in the sashings. I didn't have enough of any one fabric to use. 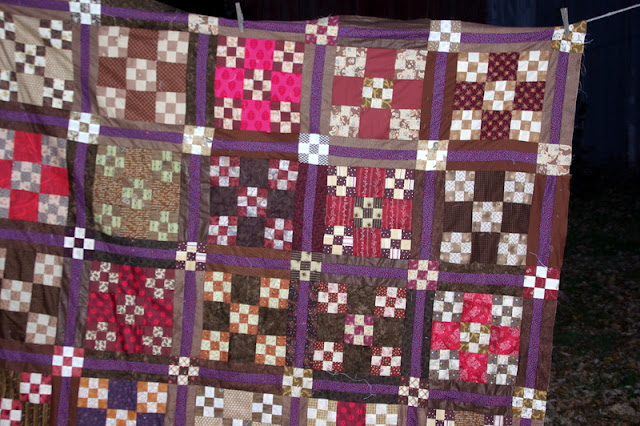 I think this is the last Nine Patch top for the month. My next post will probably be about what happened to all the scraps left over from making this month's Nine Patch tops from scraps.
In December I think everything will be coming up roses.
Posted by Cathy at Saturday, November 27, 2021

I like this one! You could take a permanent marker and draw some lines in both directions on the light fabric (windowpane check) to darken it a little.

Oh, goodness, I love, love, love this quilt! Bright, happy, beautiful, and not to mention, chocolates, may favorites! Fabulous quilt.

I had not seen this pattern before. Yours is great.

That's a beauty!
And I didn't notice that 'light' block till you mentioned it, I think it works well and adds a smile.
Wonderful progress.

Your sashing strips are a red calico with blue flowers? And there I was admiring your purple sashing!
I love this quilt - what a great nine patch!

Love the name. Chocolate Box. I'm looking forward to what happened to all the scraps.

Another gorgeous scrappy nine patch quilt! So much to look at and enjoy. I love brown. Especially chocolate, of course!

Great quilt. Love the dark earthy colours. I’ve never used a combination of colours like these and they work so well. Now, what scraps have you got left from the past few flimsies, I wonder?

Awesome job! I wanted to comment about how the use of purple in the sashing is a surprise and it makes the quilt lovely until I read that it's red. Red? Oh my goodness, funny how a photograph can mess up colours, lol. It is still gorgeous and I absolutely love it. Congrats! ;^)

Another fantastic 9-Patch quilt, Cathy! Looking forward to seeing what became of the leftover scraps.

Your Nine Patch November has been fun to follow along with - you've shown so many fun ways to use up those nine patches. This one is beautiful, Cathy! I love the warm, rich, color palette.

Yummy chocolate box! I do like brown and red together. I think the light patch is fine where it is.

I loved your “purple sashing “ which apparently was actually a red calico with blue flowers. But then, red and blue mixed together make purple don’t they? Or at least I seem to remember that was what I was told at school all those decades ago!

You and your nine patches have had QUITE the month! Wowsers.

This is really lovely Cathy! Hard to believe I like a brown quilt. Thanks for sharing with Oh Scrap!

This flimsy is visually stunning! love the little nine patches in the sashing!

Chocolate and craisins (dried sweetened cranberries) are a favorite fudge I made just add nuts! No, wait, that's me! Beautiful quilt.

This is beautiful!! and when you look at the whole quilt - that light block blends in just perfect - it helps make your eyes move around all find all the goodness!