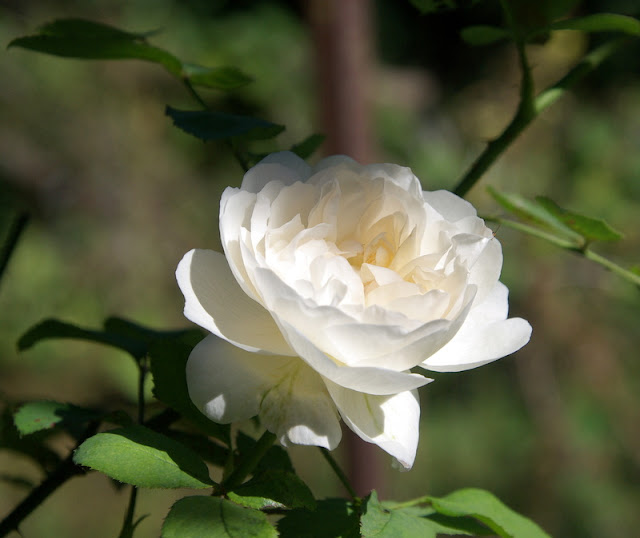 Autumn is the time when I start collecting seeds to sow next year. It is also a time to put this year's gardens to bed and a time when dreams of spring gardens begin.
And there are still time to stop and smell the roses now that the deer, rabbits and Japanese beetles have let them be. 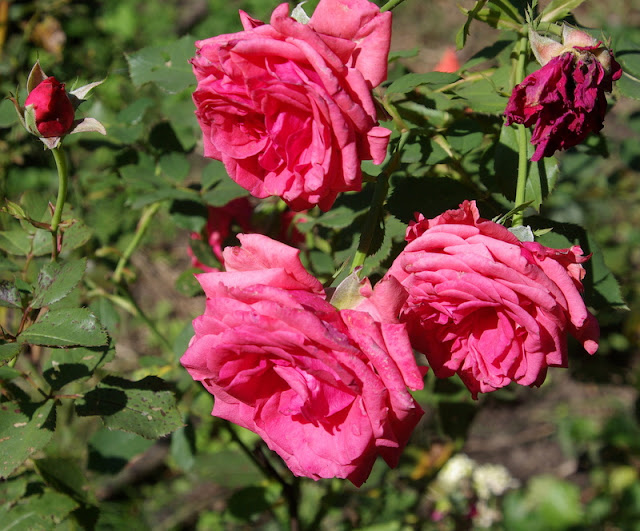 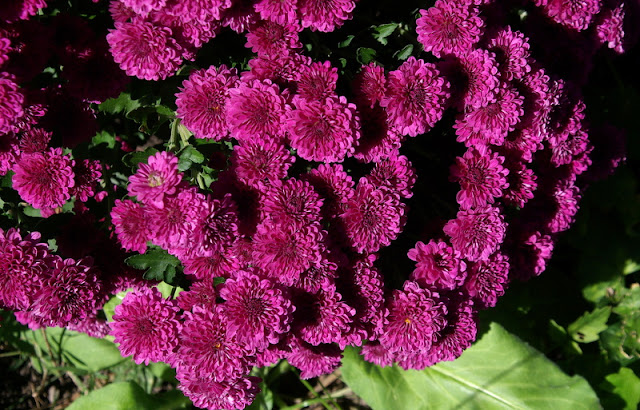 I think I'm supposed to pinch out my mums earlier in the year so they make a nice mound. I have two different plants of them and every year they are full of blooms but they flop over. 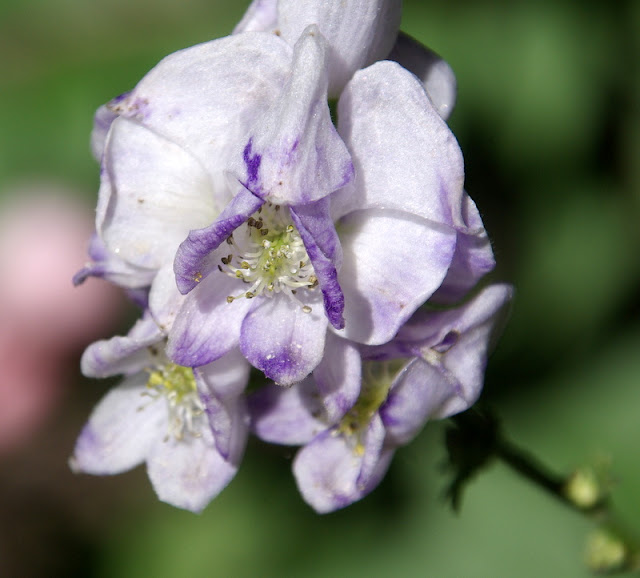 Monkshood is in bloom. 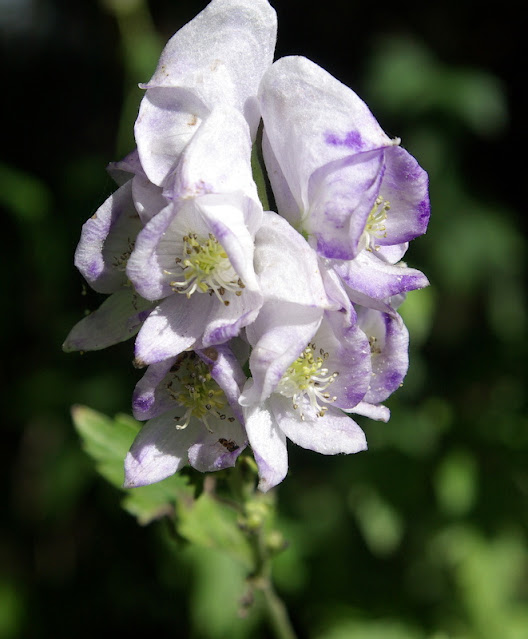 This year I staked them otherwise they, too, would flop over. The stems are about 5 feet tall. They do well in a very shady area. I've had these for many years. They used to have blue flowers and more flowers on each stem. They have changed as they have aged. 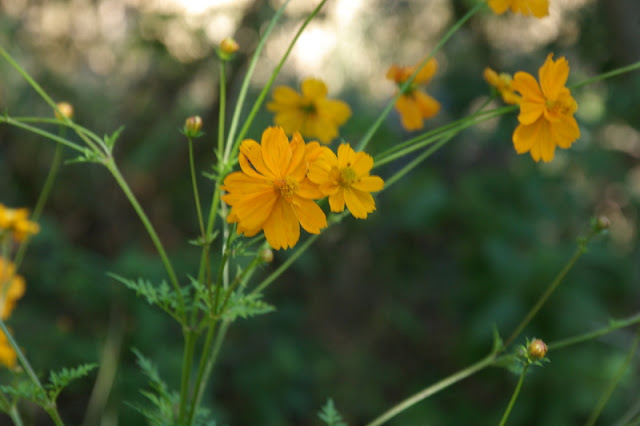 Some Cosmos are still blooming. I save the seeds from year to year and some years I buy seeds of a new variety. If I remember correctly this variety is called Bright Lights. I had a couple of mutant plants that came from my saved seeds. The plants looked kind of like a cross between a Cosmos and a Marigold, they grew taller than the rest of the Cosmos of the same variety and they were multibranched with smaller flowers. 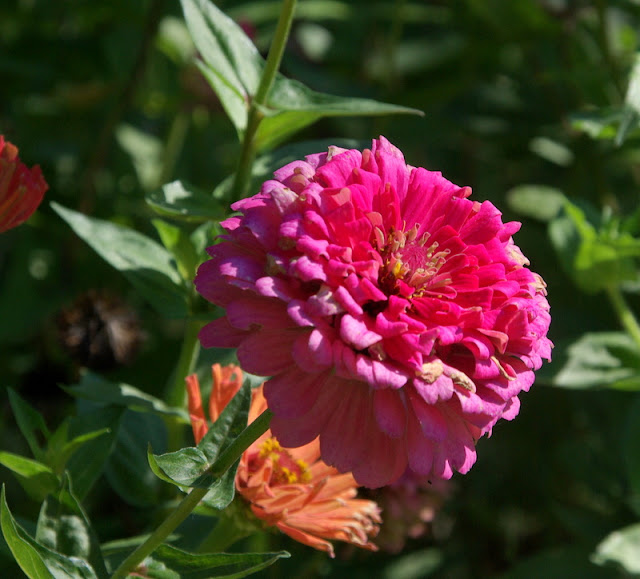 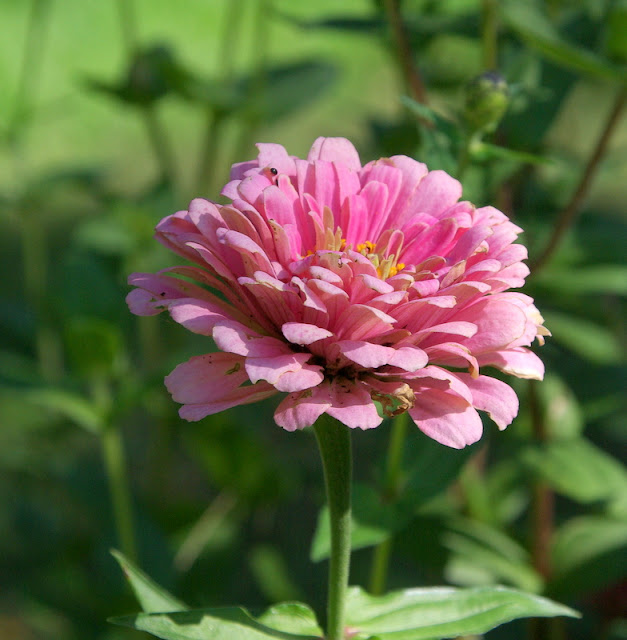 ...and I've been gathering Zinnia seeds... 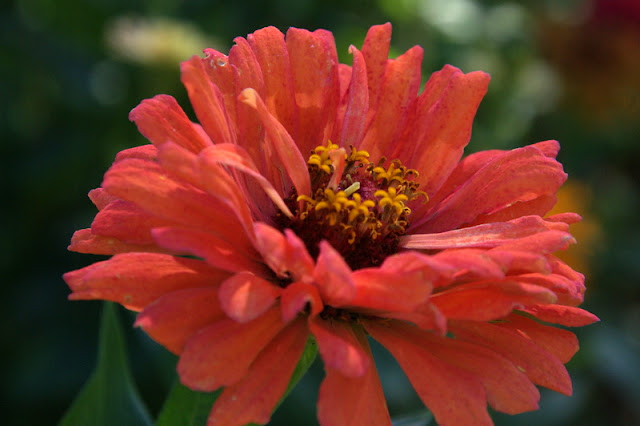 ...to sow next year. Like the Cosmos I sometimes buy a new variety to add to my saved seeds. 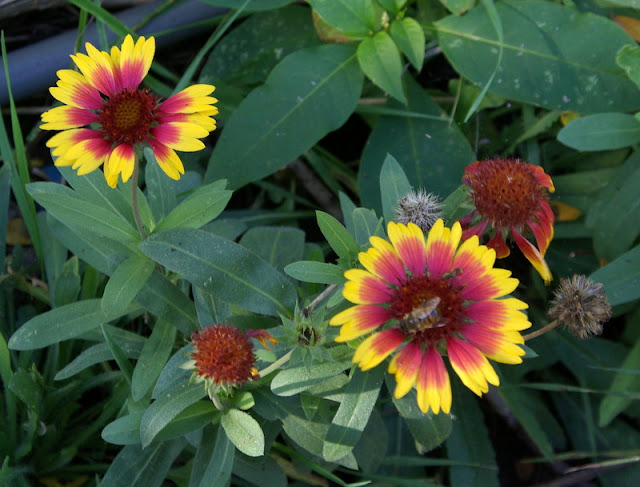 I was surprised to see the Gaillardia blooming. It's a perennial I started from seed this year so it will be back again next year. 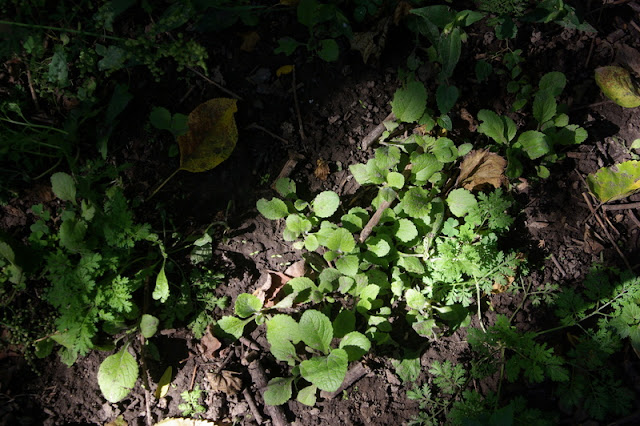 This is my little patch of Foxglove seedlings. When my Foxglove set seed this year I sprinkled the seeds that are like dust in August in another part of the cottage garden. It is a biennial so I am hoping that next year I will have lots of Foxglove blooms. 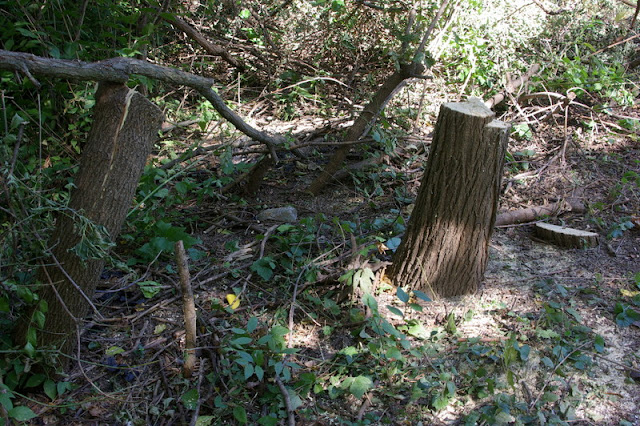 Earlier in the year I cleared out brambles and honeysuckle and lots of weeds from an area I want to make a cutting garden next year. Part of the area was shaded by Boxelder and Locust trees so hubby and I decided it would be a good idea to cut down four trees in that area. Clearing all the brush away ended up to be a lot of work but I needed the exercise and I think I will be glad we did it come spring. 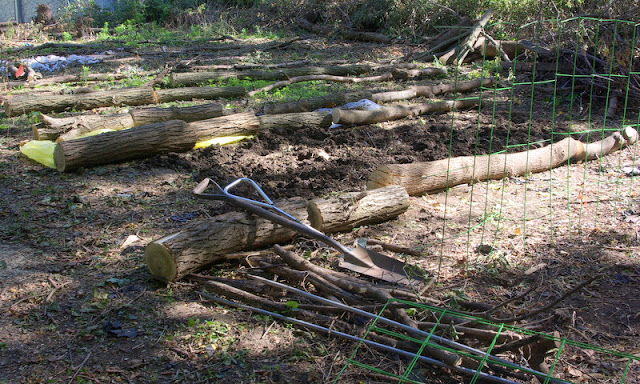 I used the big pieces of wood to outline paths and beds in the new cutting garden area. 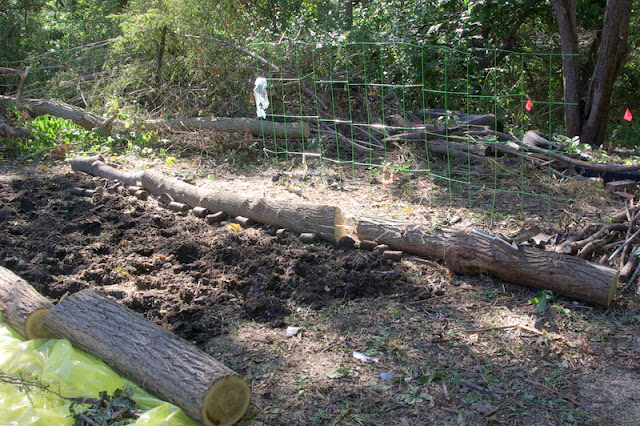 Hubby surprised me with a bunch (90) of tulip bulbs with names like Brownie, Grand Perfection, Orange Princess and Sugar Crystal. So next year this space in the cutting garden should be full of tulip blooms. I started preparing the bed and hope to get the bulbs planted soon. That is part of my Sweet Pea trellis in the background. 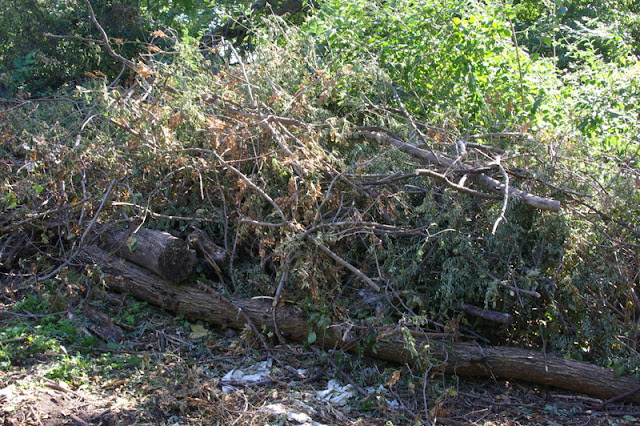 I have several large brush piles and as time permits I usually end up cutting the limbs into smaller pieces to use on garden paths. And sometimes I don't go near the brush piles because I find furry critters nesting in there. Eeeeeeeek! 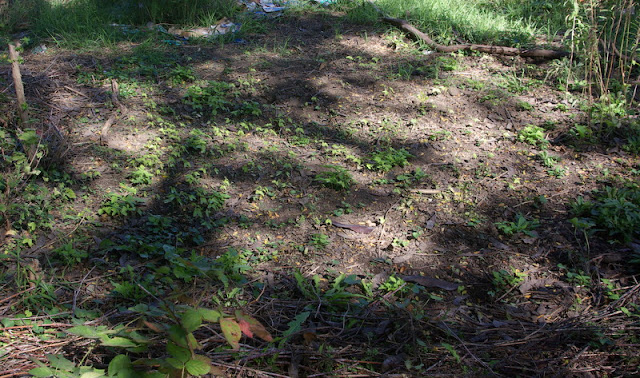 I also cleared more space in the Wildflower garden that I started this year. A few months ago this area was filled with wild black raspberry brambles, locust tree seedlings that sprouted anew, and poke weed. I have been hoeing it every few weeks since then to keep it weed free. But every weed seed that sprouts now will be one less weed seed that sprouts next year. Right now it is full of bindweed seedlings. Yucky stuff! After a hard freeze I will fill this area with some wildflower seeds that need cold stratification. So watch this space next year for some more wildflowers!
I hope to have some string quilt tops to show you soon! For now I'm enjoying the nice weather outside. I still have to help hubby clean up the veggie garden and turn the compost piles.
Posted by Cathy at Monday, October 18, 2021

I always love to see what you're up to in the garden!
I used to save seed from vegetables, but haven't done it with flower seed. I didn't know what I was missing! Your results are so pretty!

WOW that looks like it was a lot of heavy lifting type work...Hope you didn't hurt yourself;))
Hugs, Julierose

I’m impressed with all the gardening you are doing. Your garden looks huge.

Thanks for sharing your lovely garden photos with us!

I've seen posts that say to leave plants alone and let the grass grow so the critters will have protection, but I would rather clear it like you do. I have a small yard, so I don't have a lot of space to share with them. Your flowers are so beautiful.

Tulip bulbs and flowers are very edible by our wild forest friends. My suggestion is to reinforce the area with an equal amount of daffodils. They are deer resistant. The same advice for the wildflowers you choose.

great work - do you have a magic way to get rid of stumps?