One Thing Leads to Another

I made these three Depression Blocks from pieces in my 3.5 inch scrap bin.

Twelve inch Depression Blocks were requested for a group quilt to honor someone's accomplishment. Shhhhh, it's going to be a surprise!

(Good thing I took photos before I sent them off...the middle one has one misplaced HST I need to fix). 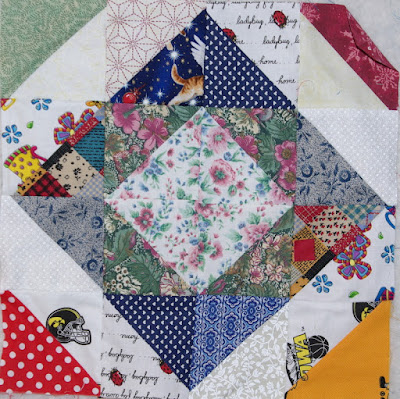 Before I dug into my 3.5 inch scrap bin I made one from the already made 3.5 inch HST bin.  I did not deem it group quilt worthy (who wants cat butt on their quilt? and I think those center flowers smell polyesterish) so into the orphan block box (aka orphanage) it went. 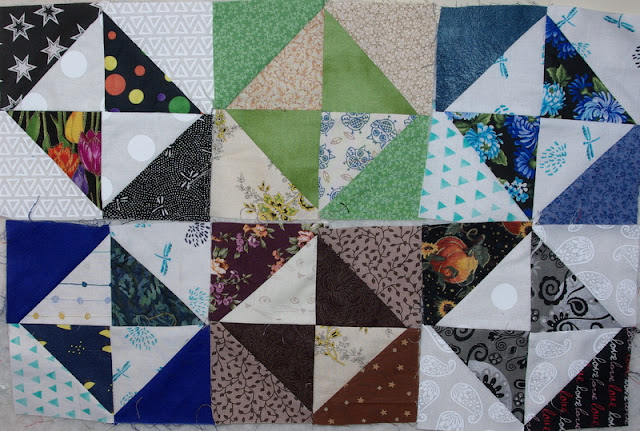 Then I decided I don't need a 3.5 inch HST bin.  So I made Broken Dishes blocks. 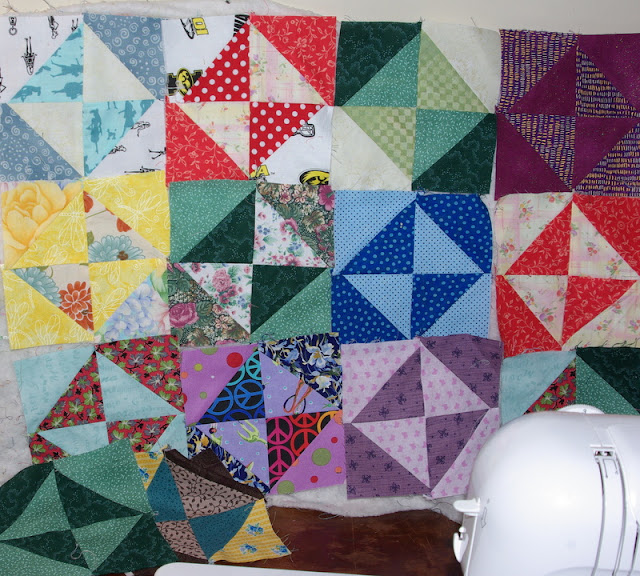 And after that I decided I might as well make Broken Dishes a new Rainbow Scrap Challenge project to replace the Bow Ties I was making from 3.5 inch scraps.

Oh, the possibilities!
(And doesn't everybody want cat butt on their quilt?)

So many options if you have an agile creative brain like yours. Which option will win, Iwonder?

Oh how you inspire me - and I so totally understand the one thing leads to another.... ha ha - I can get lost in my own house!

It is always such a slippery slope. I could easily start a new quilt every day :)

I like the block design your quilt guild is using. Orphanage. Haha. I have an orphan block box now too, but now it is called an orphanage. Maybe I will feel more sorry for the orphans and help them find forever homes.

Polyesterish is difficult to cure, but I for one would love a quilt made of cat butts. I'm pretty sure I have a bag of dog butt scraps from a quilt where I fussy cut a lot of the dog faces. Your blocks look great for the "secret project." :)

"who wants cat butt on their quilt" - there's a sentence I never thought I'd read!

Scrap quilts are my first love and yours are so exciting. I’m amazed you can put them together so quickly. Love the Broken Dishes. It’s a treat to finally have time to catch up on older posts. Thanks, Cathy.