When I Have Brown Scraps I Make "Brownies" 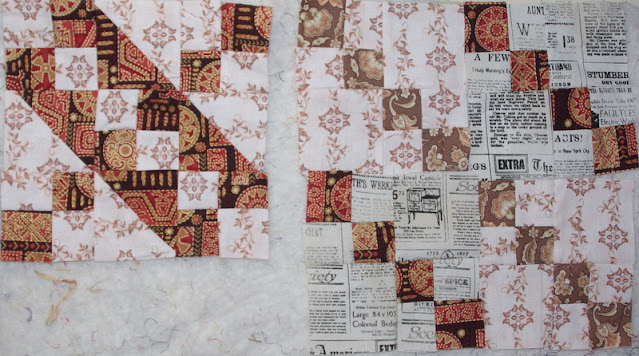 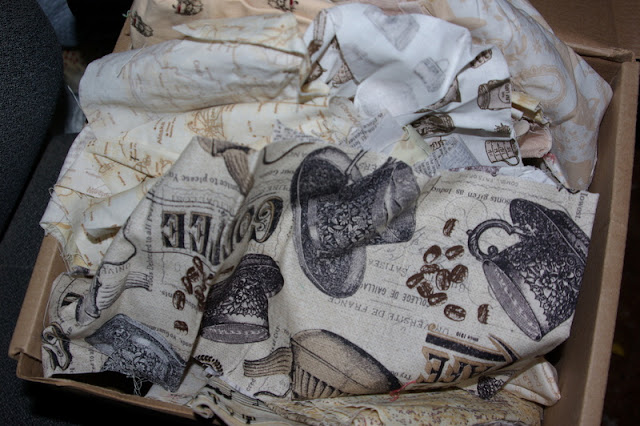 Now that I'm finished with my Jack's Chain quilt I'm left with a small box of 5.5 inch short strips of scraps in creams to light browns. I figured if I further cut those scraps into 3.5 and 2 inch pieces I could use them in a couple of different blocks. That's how I decided upon the Jacob's Ladder and the Double Four Patch blocks. 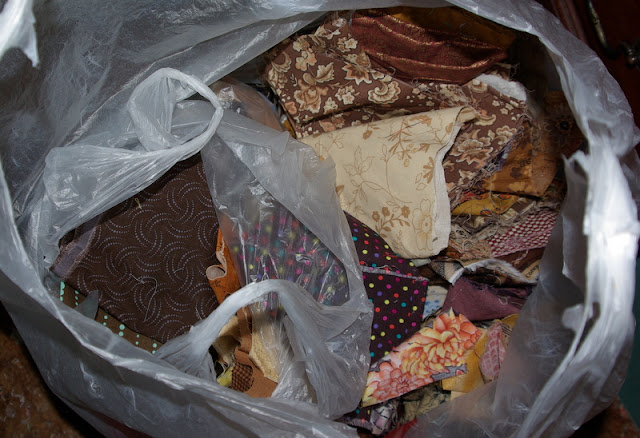 I also have a giant bag of bags of brown scraps in all shapes and sizes. So these scraps will also be used in the Jacob's Ladder and Double Four Patch.

I have also been trying to empty my 1.5 inch scrap bin and what is mostly left in there are brown. I've used the 1.5 inch scraps in other colors throughout the years in Rainbow Scrap Challenge projects but  lot of times I do not include brown. So...I'm already making 18 patches in all colors of the rainbow for a quilt and now I think I probably have enough brown scraps in there to make a small quilt with just brown and creams 1.5 x 2.5 pieces. I call these blocks Small Change. 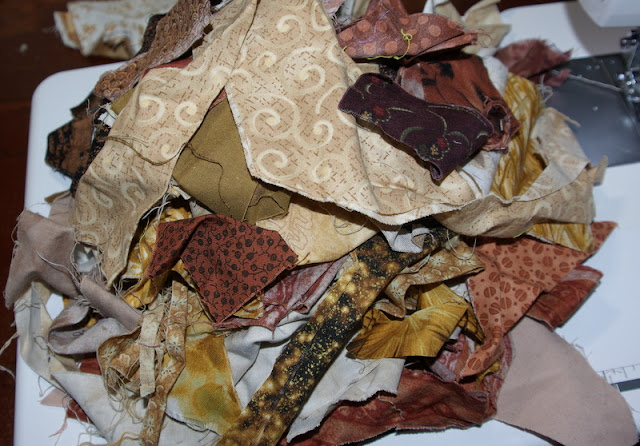 I also need to clean up this little pile of brown irregular shaped pieces that a lady gave to me last March after she made a LOT of masks.
The last few months I've kind of declared a theme for myself in order to move UFOs forward and to use scraps and yardage. September was only for quilting; October  I used strings; November I used Nine Patches that had accumulated in the Parts Department; December I used rose print yardage and finished a few UFOs of roses.  So I think in January I will Make Brownies (brown blocks) - and use the above mentioned brown scraps plus I've dug up a few brown UFOs I will try to move forward. I may even have a brown UFO I can quilt.   I love earth tones. I love brownies.
Posted by Cathy at Monday, December 27, 2021

Brownies are delicious and your quilt projects will be, too.

You certainly have a lot of delicious brown scraps to work with on your QIP's. Do you have a stash of larger pieces too? I only have a very few scraps and mostly Fat 1/4's which I want/need to find a way to work with this coming year...and not BUY any more...it is so hard when they come out with such beautiful fabric lines...I can but try...
hugs, Julierose

Love your Brownies. Happy sewing going on at your house.

Brown scraps are fun to sew with and are so underrated. I will enjoy, as always, watching you conjure up wonderful blocks from scraps. And who doesn’t love brownies?!?

I love your plan. (and your fabrics)

I love your monthly quilting themes! And brownies are good any time.