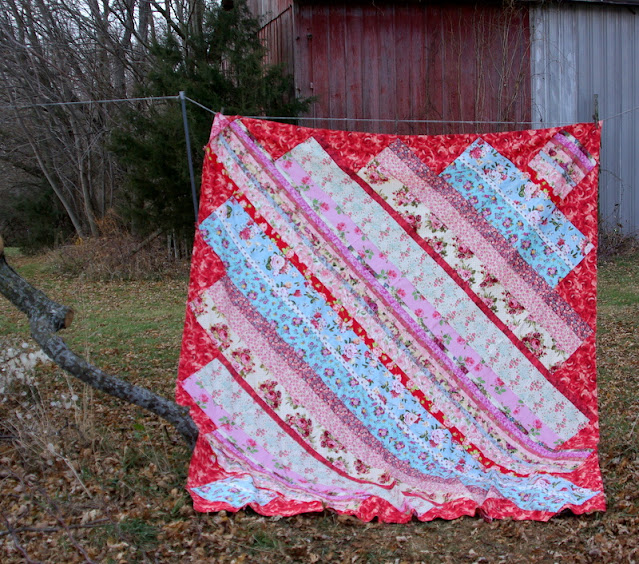 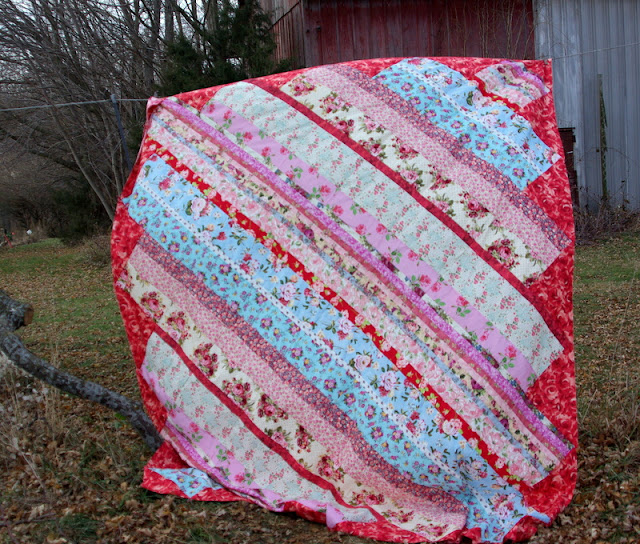 It is a free pattern called Rustic Autumn.
I originally had some rusts, oranges, golds, browns and reds picked out for this pattern but didn't have enough of any of those fabrics to make this pattern so I set the pattern aside to try with other fabrics later. So later arrived --why not try it with roses.
It is one of those patterns that is designed to be used with a fabric collection.  It is easy to make but  I had a difficult time envisioning how any of my rose print fabrics would look together in this one since the pattern gives instructions for yardage and cutting with a fabric order number and picture of the fabric.  When I finally decided on which fabrics to use once again I didn't have enough of most of them. 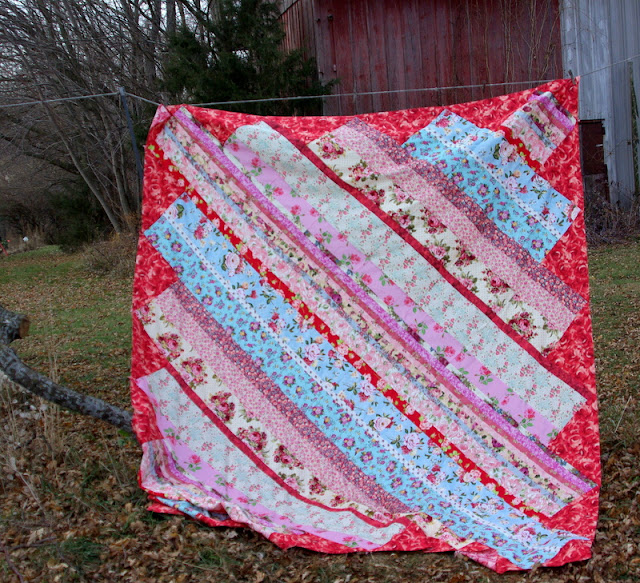 I finally narrowed down fabrics in a sort of red/pink, white and blue color scheme and the fabrics ended up where they are in this top according to how much I had of each fabric.  This top looks like it is just made of long strips of fabric but actually it is made of blocks set on point. 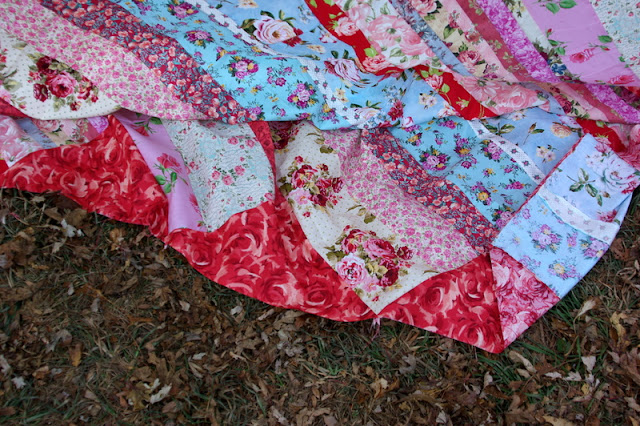 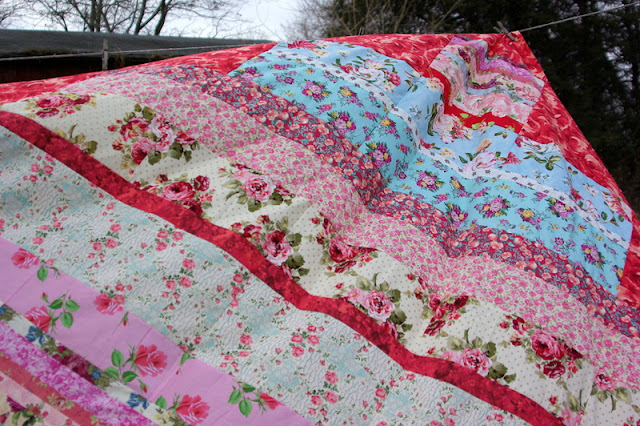 That’s lovely and the quote made my day.

What a clever pattern. As you say it looks as though it’s constructed from strips of fabric but actually is made from blocks. I’ve looked at your link to the pattern, definitely one to keep in mind for the future. So pretty.

So very pretty! And thanks for the pattern link, downloaded for possible future reference since I have a lot of fall fabrics. Not many roses, but I love that quote.

Interesting construction! I never would have guessed it was made of squares!
Your roses collection continues to astonish me! So many pretty rosy quilts you're making!

Another lovely rose quilt--very pretty--
you have quite a collection to work with...
hugs, Julierose

The quote made my day also. Especially looking at my winter rosebushes. The quilt is lovely. You must have used a lot of bobbins!

Another winner. You'll have roses all year long with this one.

I thought of you when I got Keepsake Quilting's daily email and I clicked through to their clearance section. There are a half-dozen rose prints today.

I first encountered that James Barrie quotation when my mother was reading a paperback copy of Roses in December, a memoir by the novelist Frances Parkinson Keyes. I read the book, too (why, I don't know; must've been a holiday vacation when I was short on reading material--those junior high days when I inhaled anything in print). Decades later I toured her house in the French Quarter.........So, your Roses In December project brings me those memories!