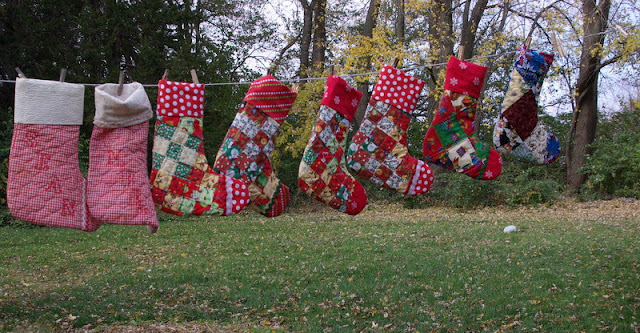 That was my goal #14 for
Q4 Finish Along 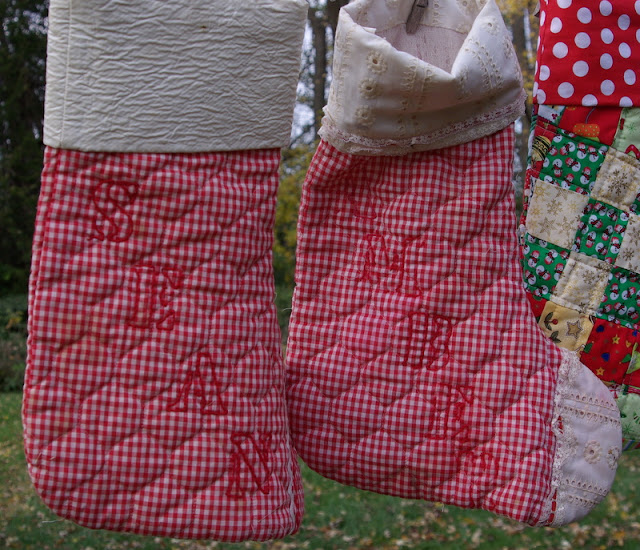 Forty years ago when my son was four years old and my daughter was two years old I made them these Christmas Stockings. Santa has filled them with goodies every year since then. They have held up pretty well except some of the stitches in the embroidery of their names are missing.

Six years later another son came along and every year since then I've been telling myself I really need to make him a special Christmas stocking since he has worn out many a cheap felt dollar store stocking.

And finally...this is the year now that he's 34 years old. 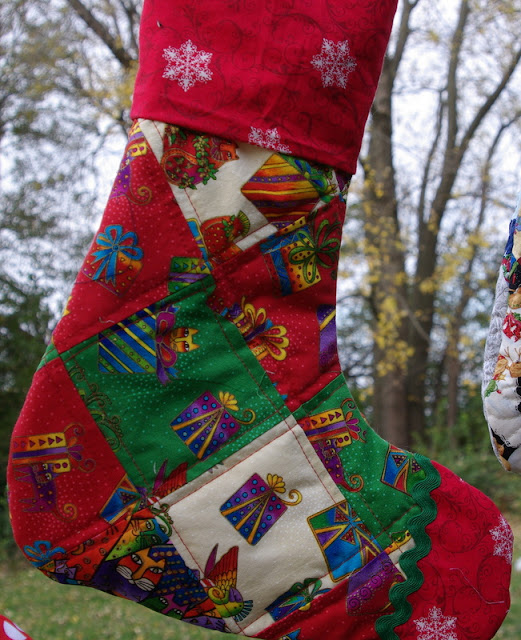 Johnny has always loved cats. While going through Christmas and cat fabrics I found enough bits and pieces of  Laurel Burch fabrics to put together a stocking for him. Won't he be surprised. 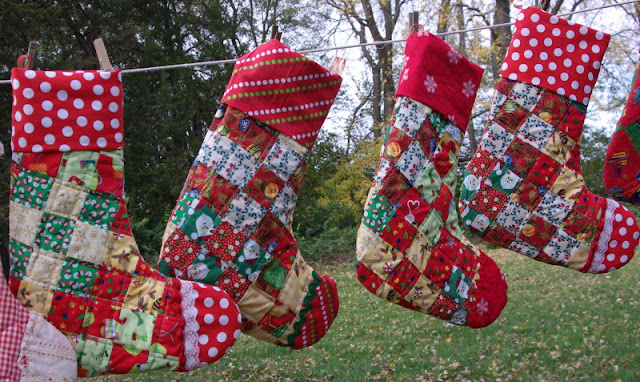 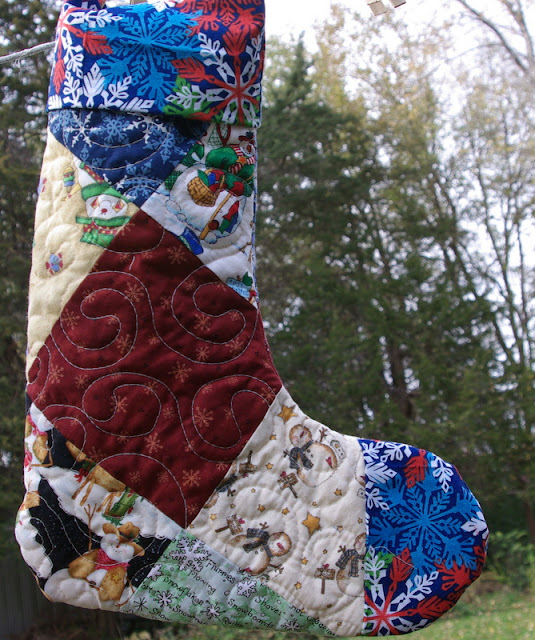 I had some six inch squares of snowmen and snowflakes to make a stocking for my oldest son's girlfriend because I know that's something she likes.

Now everyone will have their own special Christmas stocking for Santa to fill.

And I know what they will all say on Christmas day when they see them...
"It's About Time".
Posted by Cathy at Saturday, November 03, 2018

Oh gee they are so cool. But oh my gosh, I hate thinking about Christmas being so close!! At least YOU have one task completed.
xx, Carol

Your family will be very happy with their gifts. Fill them full of love and goodies. It's fun to see all of the Christmas fabrics.

Better late than never! I'm sure they will be delighted.��

these are just so adorable--Love them so much..and the themed variations are super...hugs, Julierose

Brilliant!
They look wonderful, I love all things Christmas.

Deck the Halls and Ho ho ho! Look at all that holiday happiness!

So pretty! They will love them.

These are great! My mom is a crocheter, she always made everyone's Christmas stocking. Except someone else gave me one when I was born, an older cousin I think, so I didn't have one she made. Finally I asked her to make me one--well into my 30s! It's never too late! Your family will love these!

Love the stockings. I keep saying I need to make some, but haven't yet.

Love the stockings. I need to make some.

Never too late for stockings! Thank you for participating in the FAL, on behalf of the 2018 hosts!