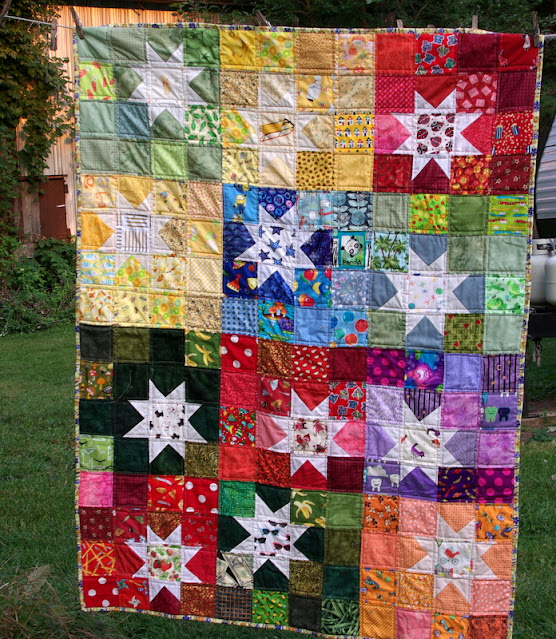 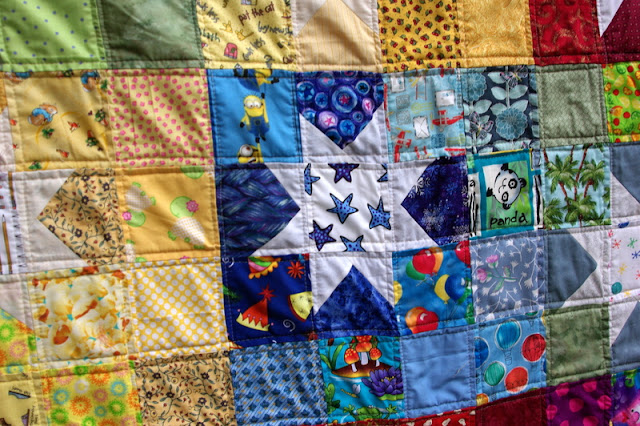 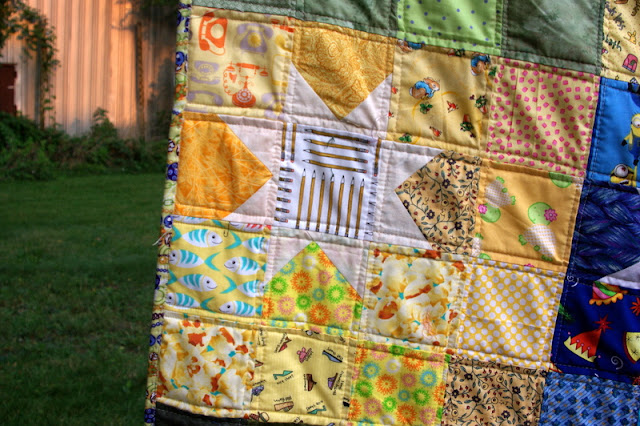 I found enough I Spy squares with white backgrounds that I could use for centers for stars. I made Wonky Stars. I cut white 3.5 inch squares on the diagonal to use for the star points. 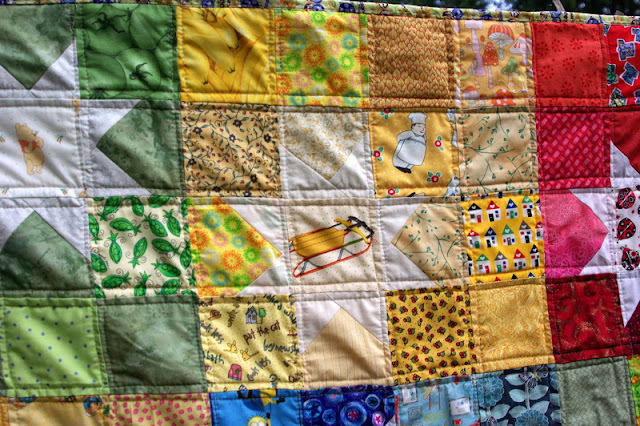 I let the color in the center of the star dictate the color of the block most of the time. 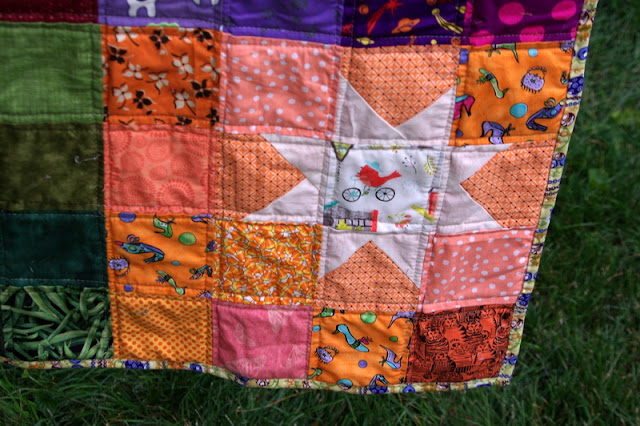 Sometimes I did not have a lot of novelty squares in a color so I used 4 inch squares from my bin of different sizes of squares. And sometimes those choices were limited. 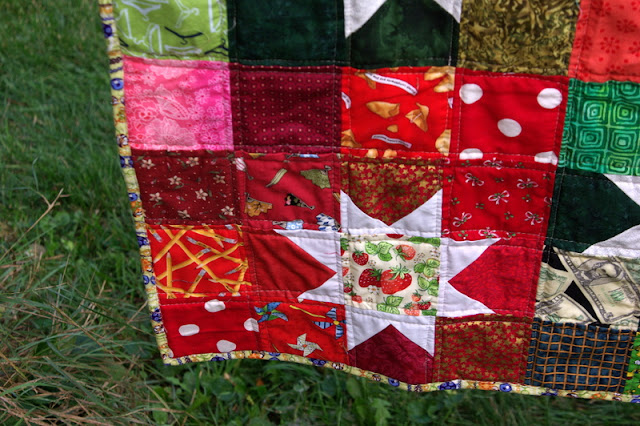 I just quilted it with vertical and horizontal lines.   Funny thing...I was wondering if kids would be able to spy dollar bills if asked to look for "money".  I have some squares with old fashioned telephones and wonder if kids would recognize those as "phones". 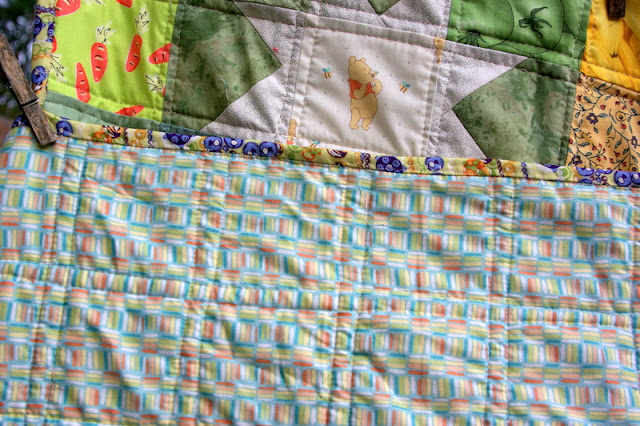 I had enough of this multicolor basket weave looking fabric to use for the backing. The binding is a multicolor scrap chunk. For donation quilts I sew bindings down by machine using a blanket stitch. It works out better for me than trying to stitch binding down with a straight line.
This one will go to Quilts Beyond Borders (QBB).
QBB is currently collecting quilts for Comfort Cases and the  Navajo Nation . QBB also recently started collecting quilts for 150 Afghan refugee families in Washington State.  QBB may also still be collecting for Syrian refugees as that has been an ongoing initiative for quite awhile.
And on to the next!
(How many will I finish in September????)
Monday Making at Love Laugh Quilt
Posted by Cathy at Monday, September 13, 2021

I love the quilt. I have always wanted to make a bunch of them. Thanks for the inspiration.

That is so cute. I love the little prints in the centers of the stars.

Love these scrappy stars. You really are digging into your stash of swaps to make charity quilts.

I just reviewed all **5** of your Quilts of September post. Now the song "Try to Remember the [Quilts] of September" is my earworm.....I must follow, follow, follow your example and spend some time in my studio.

I'm starting to think we should have started a pool for guessing how many quilts you'll end up getting done...
Carry on, you dynamo, you!

Ohhh I love this one!!! ALl the happy colors and the stars!! LOVE it!

Your quilt will be a history lesson for its recipient, as well as a source of warmth!

It’s a great quilt, Cathy! I love star blocks done this way! I have lots of novelty fabric that I could use! Inyo the idea notebook this will go!