It's a Flimsy! Bitcoins 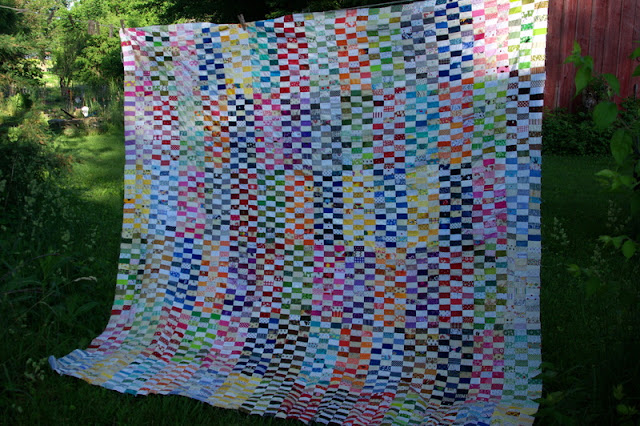 It can be oriented this way... 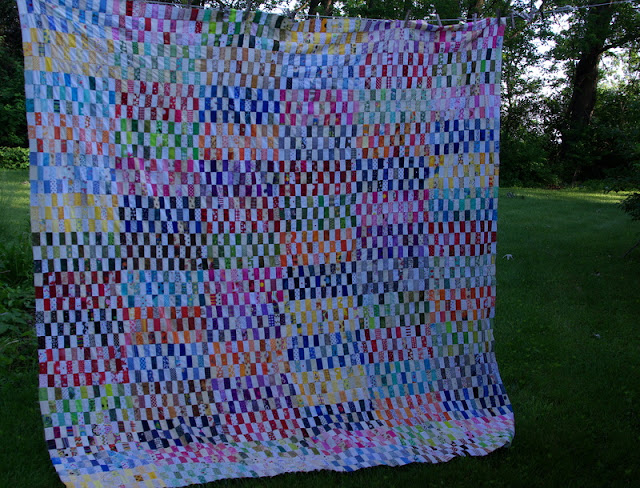 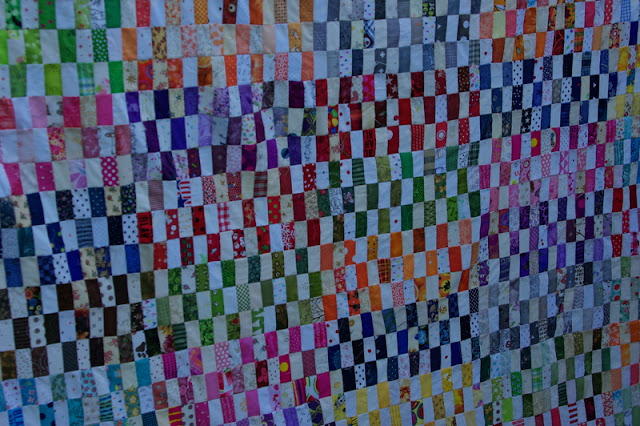 I started it in November 2017 as a Rainbow Scrap Challenge Project to use... 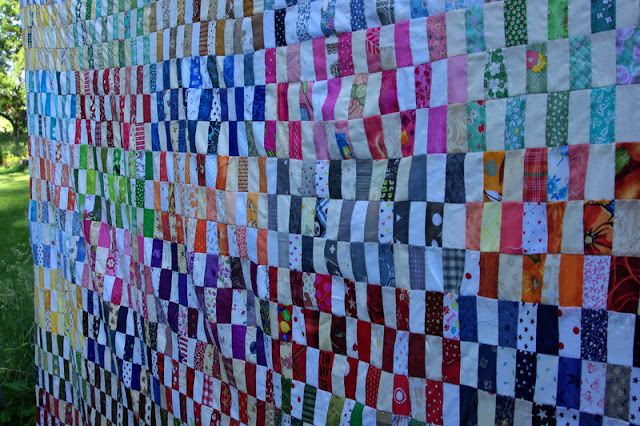 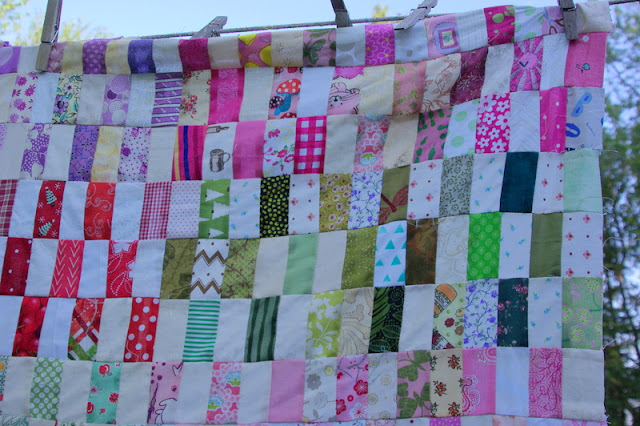 I first sewed 1.5 x 2.5 inch colored pieces to 1.5 x 2.5 inch neutral pieces to make a 2.5 inch square unit. I played around with them for awhile and then decided to join units of the same color into blocks of 3 columns x 7 rows.   I first called the blocks Whatchamacallits until someone else started making them and called them Bitcoins which is a more suitable and very clever name I think.

Now to find a backing and get it quilted.

Looking good! Just imagine how many small scraps there are and how many different fabrics there are in one flimsy!

You have amazing dedication to using all those bitty scraps. Fabulous finish!

I can't believe those pieces are so small but you did a fantastic job! Congratulations.

Absolutely wonderful! And I agree that the name is perfect.

gorgeous quilt--it looks HUGE!! I like the color blocks your used...hugs, Julierose

And to think that these are scraps that most people just toss out. Wonderful scrap quilt and many hours of happy piecing.
Pat

You are a rich woman with so many bitcoins!! Quilt looks great!!!

I reckon your quilt will hold its value better than the real thing!

I have to admit I like your "whatchamacallit" name better;). Whatever you call it, it's a terrific collection of color!

Yowzers! That's a lot of little bitty bitcoins for such a large quilt!

This looks fabulous! I got the feeling that if I stared at it long enough, I would be able to make out some letters and words!