It's a Finish! Confetti Waves 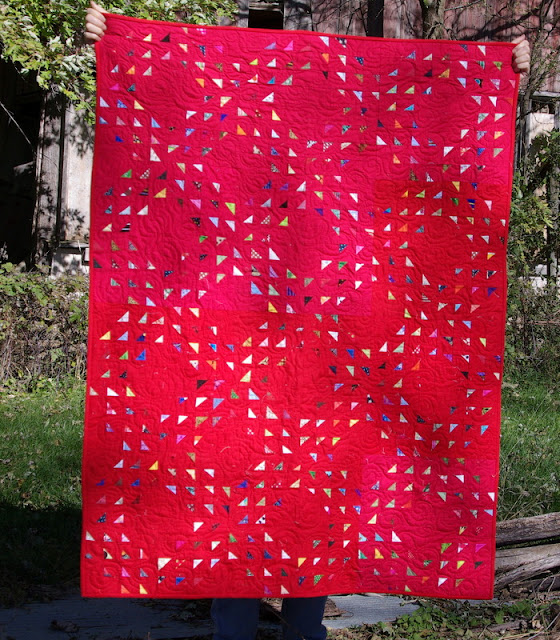 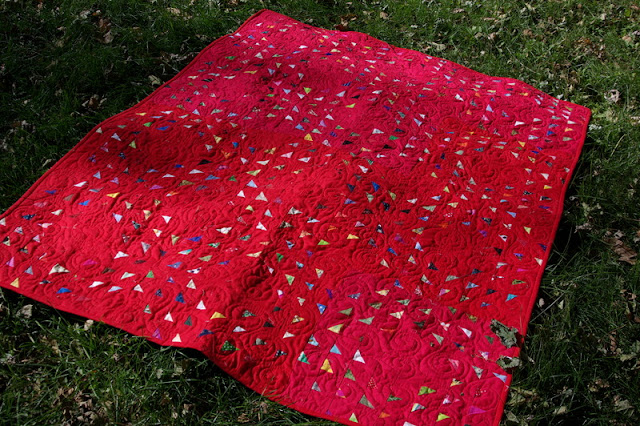 Looks like from previous blog posts that I started on this in December 2015.  In that first post I blogged about how I was making these blocks from waste triangles. They are arranged like an Ocean Waves block which I was also making at that time.  I called it Confetti Waves because it looks to me like little pieces of confetti. 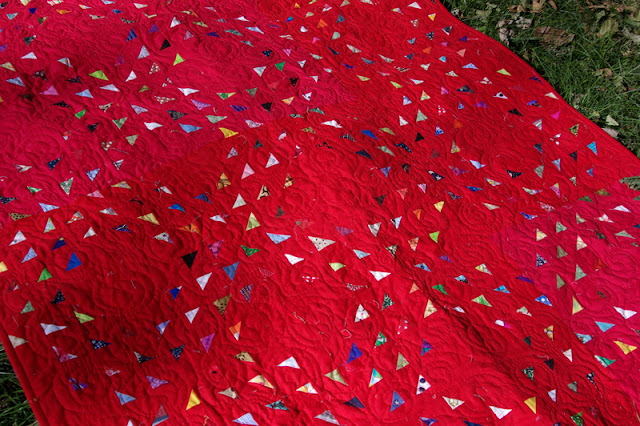 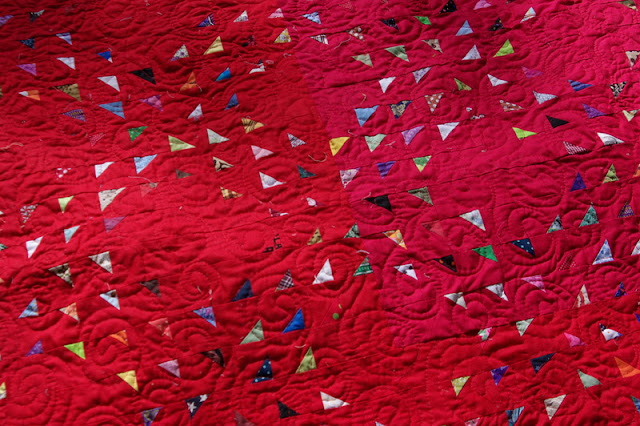 I quilted it on my DSM with some spirals. I thought that might give some motion like confetti twirling around. Or maybe I just imagine that. 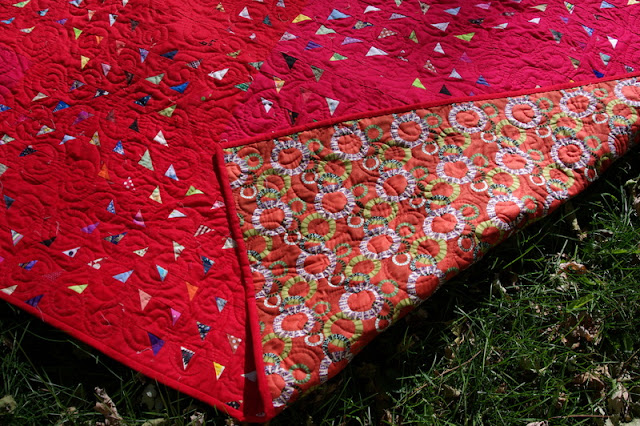 A kind soul gave me the backing fabric to use on donation quilts and since this will be donated I thought I would use it because it seems like the perfect backing for Confetti Waves.

what a lovely quilt--it is like confetti sprinkled all over it...;))) someone will be lucky to get this one...you are a good dooby for sure;)))
hugs, Julierose

Love it Cathy! Such a fun, vibrant looking quilt! You come up with the best ideas.:)

I keep all my little waste triangles, too! This would be a great idea to use them up someday. I love yours!

LOVE this so so much. Super modern yet very classic as well.

Thanks for the heads up about being a no-reply blogger. I think it depends which email address I am signed into at the time I leave the comment.

You come up with the best ideas and get so much done! Awesome quilt.

It turned out really pretty! The backing and your quilting are perfect for it! ---"Love"

Great quilt, I love it!

This is a great quilt, and I love your quilting, it's perfect for all those itty-bitty triangles!

It’s a fantastic finish, and I love everything about it. You’ve inspired me to use my waste triangles in a new way!

The quilt looks fantastic and the backing is perfect. Someone will be receiving a wonderful gift, such a cheerful and vibrant one.

I love it ! You have inspired me to save my "waste triangles", I use to either throw them away or give them to a friend who was saving triangles for her retirement" quilt :-)

I really like this quilt - what an original idea! Bonnie Hunter would be proud. You ought to write a tutorial or pattern for this design. Everybody ends up with waste triangles and doesn't know what to do with them. You really can't tell that there are different reds either. This is probably the best use of waste triangles that I have ever seen.

It really does look like confetti! Great use of the waste triangles and we all seem to have a boat load of them, LOL

This quilt is its own celebration!
LOVE it!

Congrats on a gorgeous finish! And thank you for playing along with us during the 2018 FAL!

I LOVE this quilt!! Congrats on such a beautiful finish!