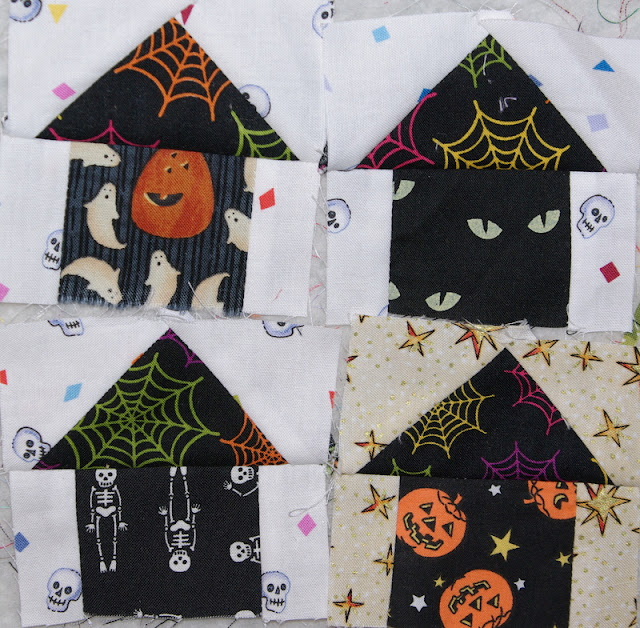 I don't really remember trick or treating when I was younger. I don't remember carving pumpkins or stuffing myself with candy or partying either. But I do remember one costume - a paper mache mask of Little Lulu. I think I was about four years old that year because I hadn't started school.  Dad blew up a balloon bigger than my head  and set it upright in a big bowl. He made flour and water paste and for weeks he pasted layer after layer of cut newspaper strips over the balloon until a thick layer was formed and dried. Then he popped the balloon, cut eye holes and painted it like Little Lulu. I was supposed to wear it over my head and traipse around who knows where to show off.  The big eye holes weren't properly spaced and I couldn't see all that well. Creepy! I didn't even know then who Little Lulu was but I did not like her or that mask.

I'll never forget the Halloween of 2004. My husband had cancer and was in the hospital with a high fever. The doctors did not know the cause of the fever after four days and a variety of tests. He slept most of the time. I was worried. Very worried. The doctors told me he might not make it through the chemo and the radiation and we were only at the midpoint of his treatment. I had taken time off work to stay there with him and spent some time crocheting baby booties, sweaters and hats because my daughter and my son's girlfriend were both pregnant and due soon.  I was worried not only about my husband but about my daughter too because she had preeclampsia.  The afternoon of October 31, 2004 the phone next to the bed rang because this was a time before cell phones- my daughter was in labor across town on the east campus of the same hospital.  I told the nurses, all dressed in costumes, that I would be at the east campus with my daughter should they need me and across town to the east campus I went. And then I waited and waited and waited some more. There were some complications but those of us in the waiting room were not told exactly what they were so we waited some more.  After several hours I was overjoyed to be holding a beautiful and perfectly healthy baby girl, my first granddaughter, Isabelle Alana. 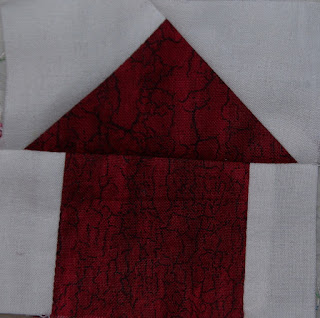 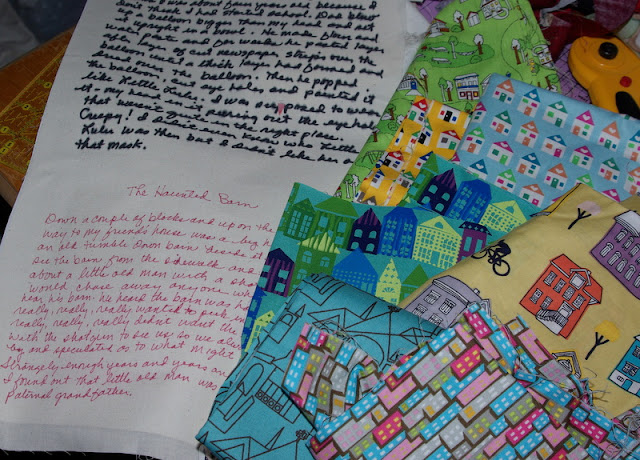 I guessed you would have some Halloween fabric stashed away. Great idea to make the haunted Ticky Tacky houses from them. Love your Halloween memories. No wonder you remember 31/10/2004 so well! So Isabelle Alana s 14 today - say Happy Birthday from me. 🙂🎃
And continued Good Luck to your husband. ☘️

Happy Halloween! Love your houses; putting holiday "decorations" on house blocks is one of my favorite things!

That is going to be one awesome quilt with the stories on the back! Is it going to be for someone special? BTW, congrats on winning the two patterns from She Can Quilt!

Halloween memories!
Thanks for sharing your memories. We have birthdays and weddings around Halloween in our
family. In fact we just attended our son's wedding a few days ago, in Oakland, CA.
It was an adventure getting there, and the wedding was beautiful.
Yes, memories. We are blessed.

It's funny how some holidays have stronger memories associated with them than others. Love your little spooky houses.:)

I just love this project... all the memories... so glad you are including written memories!

More great little houses! I love this project too and I like the idea of including the stories on the back. It's certainly a unique way of documenting stories of your life.

I only remember one Halloween as I was growing up. I remember crying at the supper table being told I could not go out until I ate every bite of whatever was on my plate. Maybe that's why I always tried to make Halloween a great holiday for my daughter and grandsons. I have a lot of great Halloween memories after I was married.

Those are some big memories for halloween!
(Did you ever get to peek inside the haunted barn, once you were part of the family?)
8)

Great stories, and a wonderful idea to include them in the backing! I love your Ricky Tacky Town posts!!

I love these stories you share. I am so happy you are documenting them in a quilt :)