From The Crumby Constellation 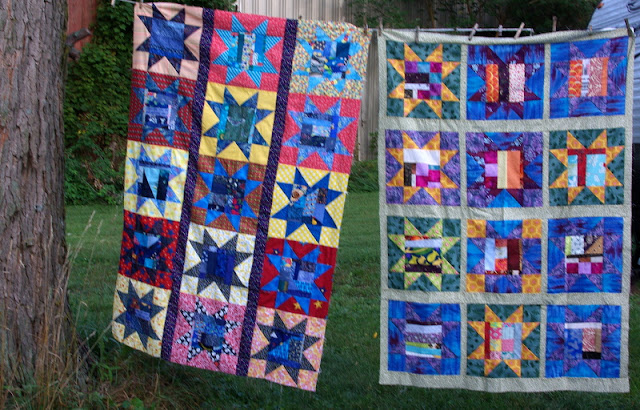 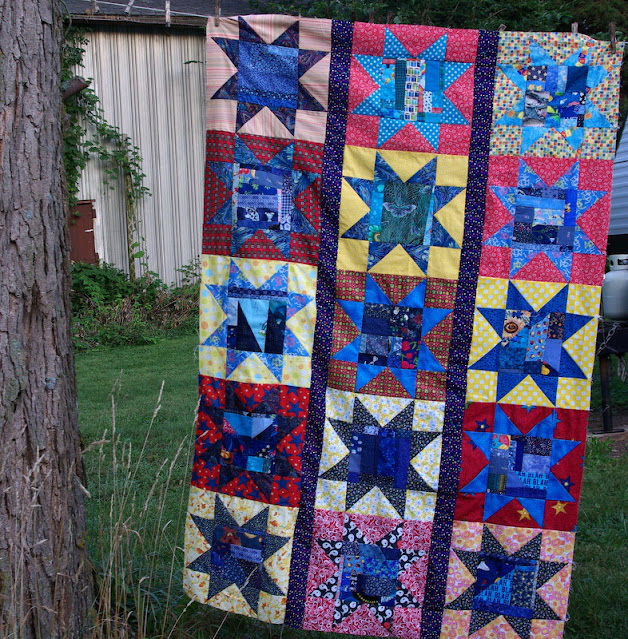 When I was working with my orphan blocks I found some 6.5 inch blue crumb blocks. I decided to turn those crumb blocks into 12 inch (finished) crumb stars. I had a lot of small scraps of reds and yellows so decided on that color for the backgrounds. I used a variety of blue scraps for the star points. 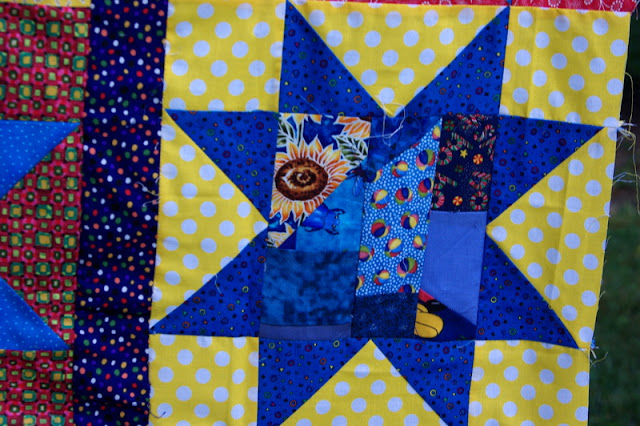 My crumbs are usually the smallest of the small scraps and are mostly odd shapes. 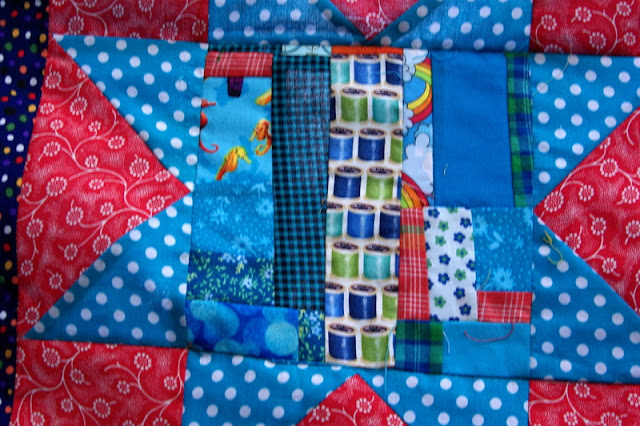 Sometimes crumbs are the skinniest and shortest of strings. 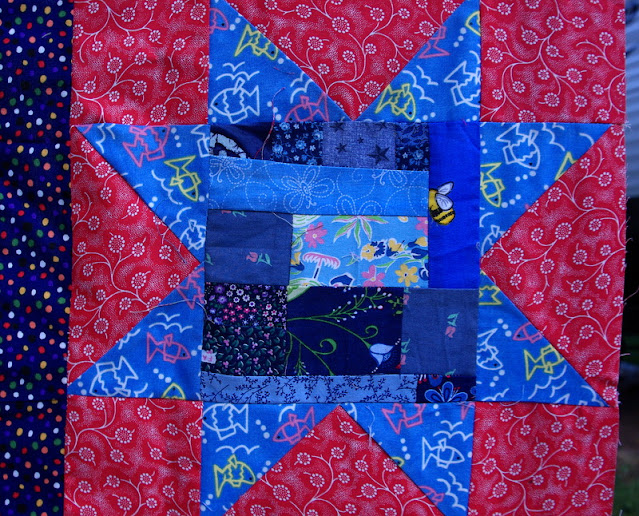 I made a blouse a long long time ago from that blue with pink tulips. 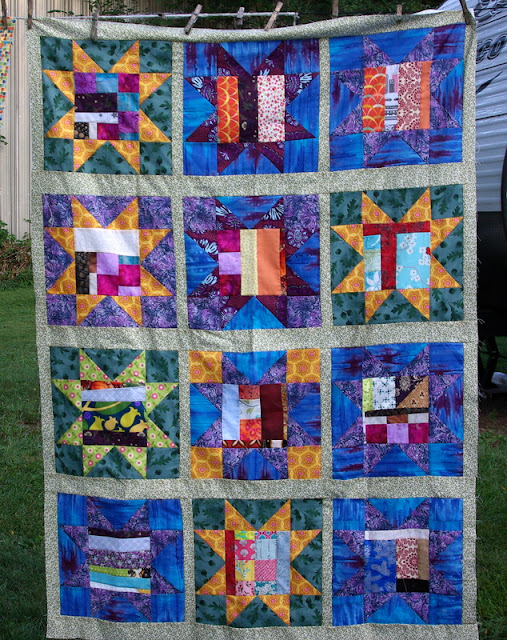 A few weeks ago I received a box of 12 inch blocks. I've been using a lot of the blocks to piece donation quilt backings but there were just enough Crumb Stars for a quilt top so I added some sashing and made a quilt top. 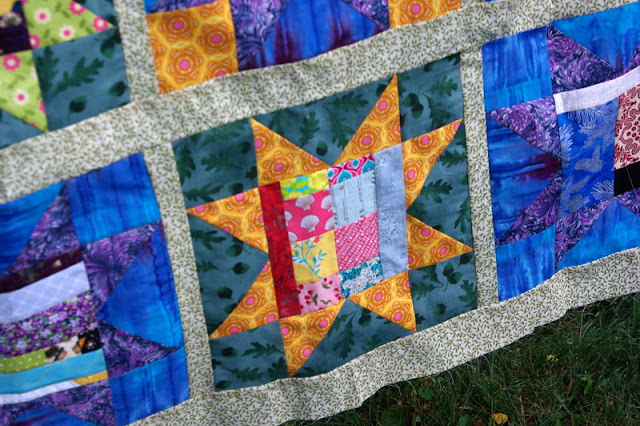 Her crumbs are more elegant than mine. 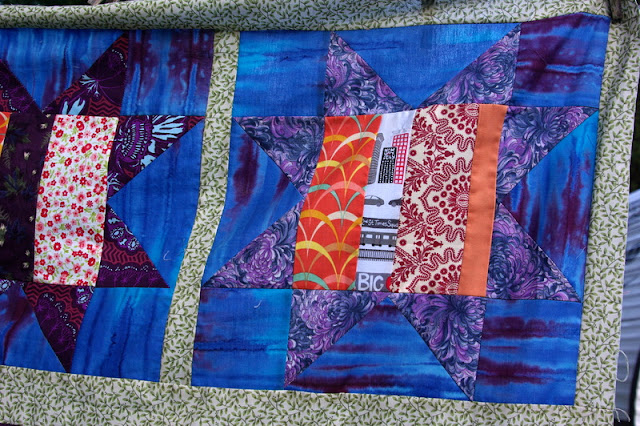 And her crumbs are bigger than mine. And now I have two more donation quilt tops ready for a September quilting marathon.  More on that later.
Monday Making at Love Laugh Quilt
Posted by Cathy at Monday, August 30, 2021

Two fabulous Constellation flimsies. So much to look at in every block. I love Crumb blocks, star blocks of any kind and of course, using every scrap of fabric, so these tops have to be my favourites.

Love these! Stars make everything beautiful :-)

I beg to differ - I don't think one batch of crumbs is more elegant than another - I think crumbs are all equally wonderful! Two more terrific quilts tops!!

You make stars out of crumbs, in more ways than one!

A super way to use those crumb blocks!

I see these and think, I must start making crumb centers. Lots of little bits around here and yours look stellar! Congrats again, Cathy.

your crumb stars have such fun fabrics

Ever a fan of Crumb quilts, LOVE these Crumb Star quilt tops, Cathy!

Those are the crumbiest stars I've ever seen! And the scraps all look equally as nice.

I'll have to check on my crumb block inventory. I've made few this year, but not for the lack of crumbs.
Pat

great job using crumbs for the middles of those stars!

All those crumbs are just perfect for the quilts you made (no one is more elegant) and those quilts will be loved - I can just think of the hours of delight the user will have when they are using them - finding all the secrets in the quilt!