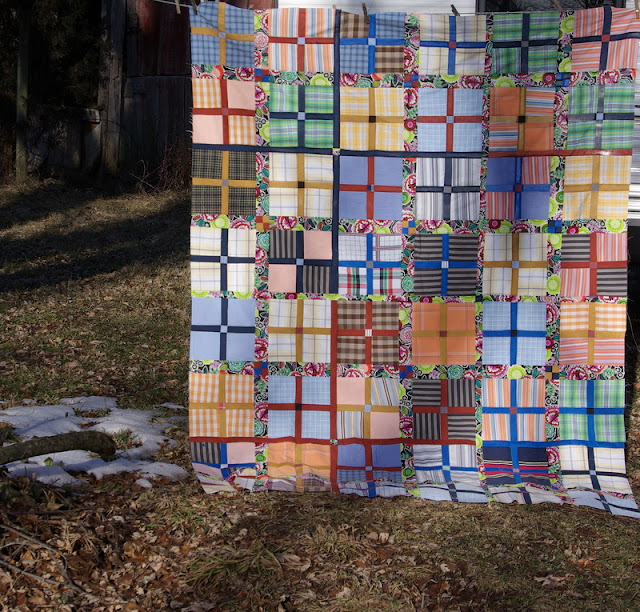 It's a flimsy!
62 x 83
Sets of four sashed until they could be sashed no more. 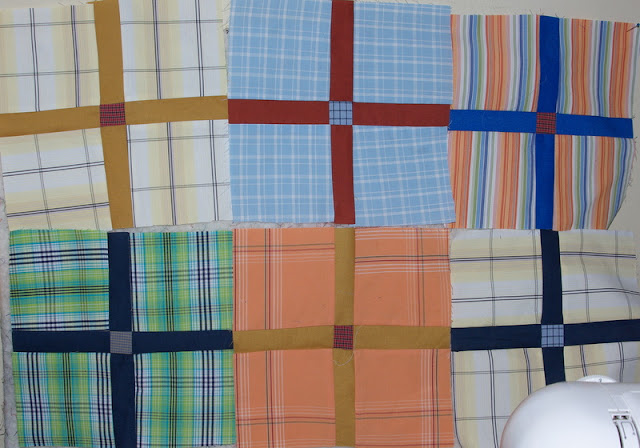 It all started with some 4.5 inch squares I received last year in some boxes of scrappy goodness from Nice Nancy.  I decided I would work toward a twin sized donation quilt.  I started out by sashing sets of four squares with a solid brown or blue.  I ended up with 24 nine inch (finished) blocks.  Hmmm....what next? I have a box of shirt parts so cut enough 4.5 inch squares to make 24 more blocks.   So, forty-eight blocks would not quite be enough for a nice twin sized quilt so hmmmm...what next? 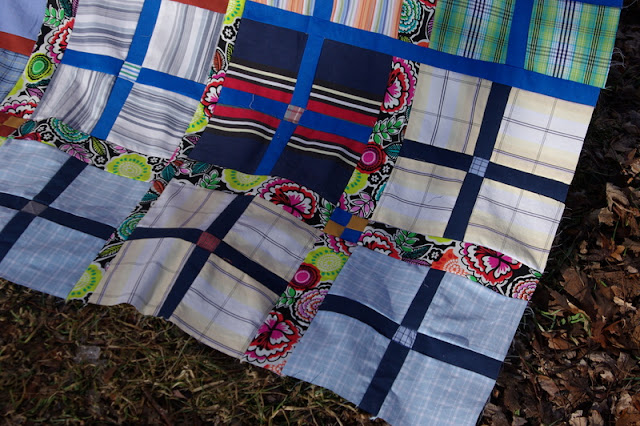 I added some sugar and spice and sashed sets of four blocks with a 2 inch floral.  A lot of my grandma's quilts were made of old shirts and dresses so I guess the idea was grandma inspired. I made little four patches for the corner stones out of the leftovers from the first sashing. Blocks then measured 20 inches (finished) and I had twelve of them. With a layout of 3 x 4 that would be a quilt 60 x 80- a nice size but still a bit smaller than I wanted. 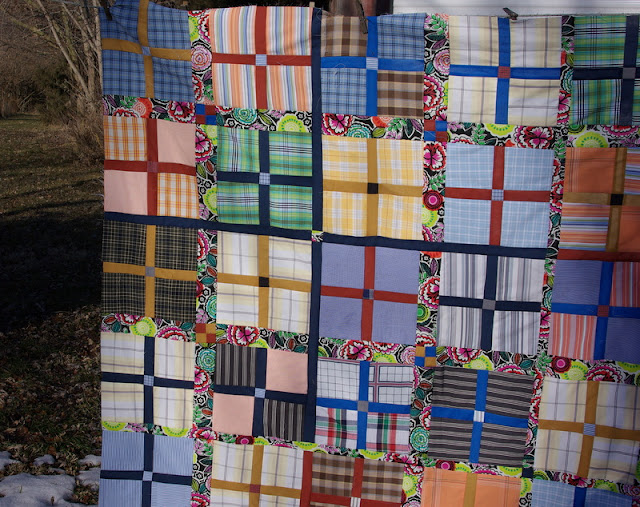 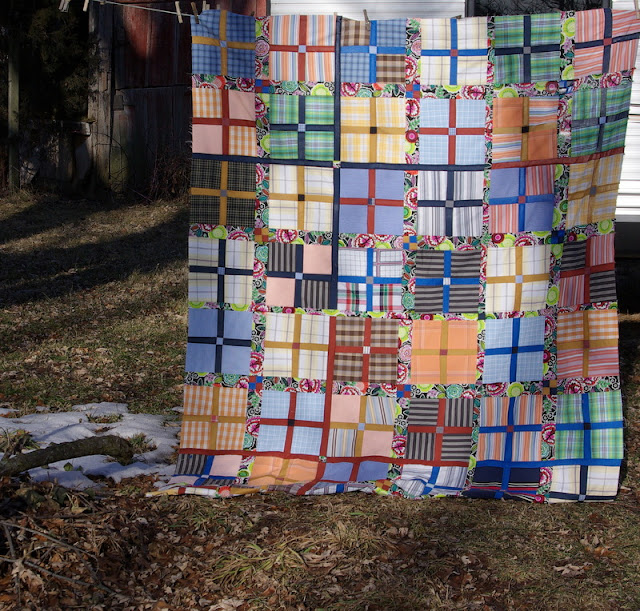 And finally I sashed those sets of four blocks with a 1 inch floral sashing and magically I had a top. Good thing because I really don't like sashing a quilt but this was kind of fun. Each of the original squares has some type of sashing around it and I enjoyed the process.

Finished or Not Finished Friday at Alycia Quilts

Love the scrappy top and the idea of sashing sets of four. Great job!

However you did it, this is one wonderful quilt top -- lots of variety in fabrics and sashing with just enough internal rhythm to make it all feel like you planned it this way from the very beginning!

I never cease to marvel at your creativity, but I couldn't keep track of all the sashings, lol! Great quilt top, no matter how many sashings it has!

Sashtastic!
(SpellCheck is trying to tell me that's not a word. I disagree.)

Sashalicious! I'm using Gayle's spellchecker and disagreeing with it, too :)

Love your creativity! You are very inspiring! :)

I’m using Gayle’s spell checker too. Your quilt is creatively crazy and sashmazing.

Isn't it wonderful what can be done when you start out with a bunch of squares!

Oh I do like this. Such a sweet looking quilt! All those stripes and plaids just do it for me.:)

The floral sash adds such a splash! And I like the differing widths. Makes the viewer look twice (a good thing).