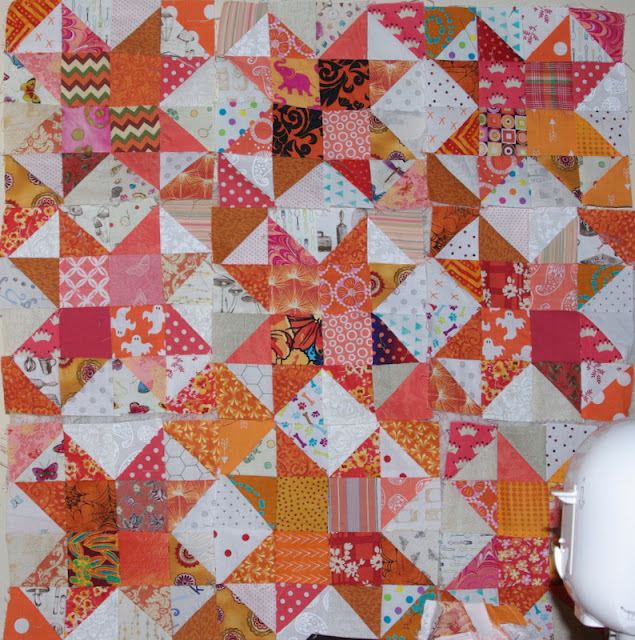 This week I worked with my orange 2.5 inch scraps. 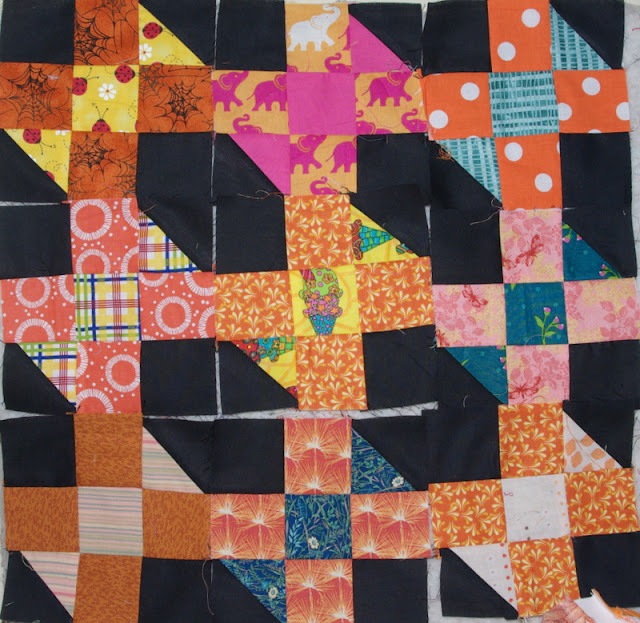 This is an Hourglass block. I started making these as a Rainbow Scrap Challenge project because I was a winner of Block Lotto in December and received 28 of these blocks.  I thought these might make a nice twin sized donation quilt.  Right now I think I will set these on point but I have a whole year of making these out of scraps before I need to decide. 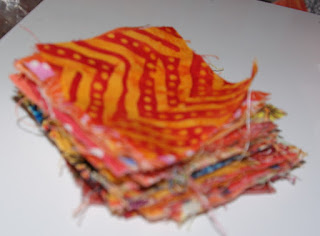 This year I'm trying to get rid of the banker's box of 2.5 inch width scraps so after I make my blocks I cut any remaining scraps into 2.5 inch squares. I'll deal with all those squares next year. 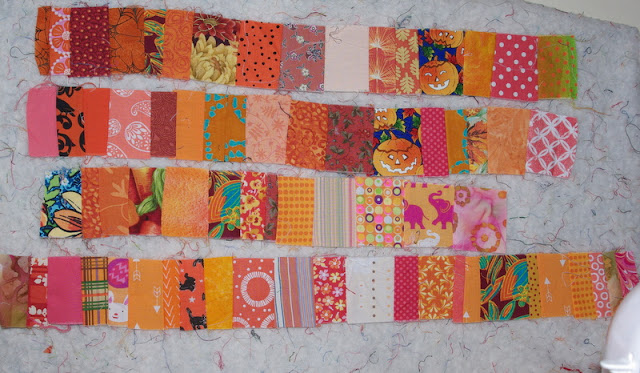 After that any pieces that are less than a 2.5 square get sewn into strips. Long ago I used to throw those ends into the crumb box but the last few years I've been sewing them into strips instead. I think at year end I will have a lot of strips to play with and will probably make a Chinese Coin quilt. 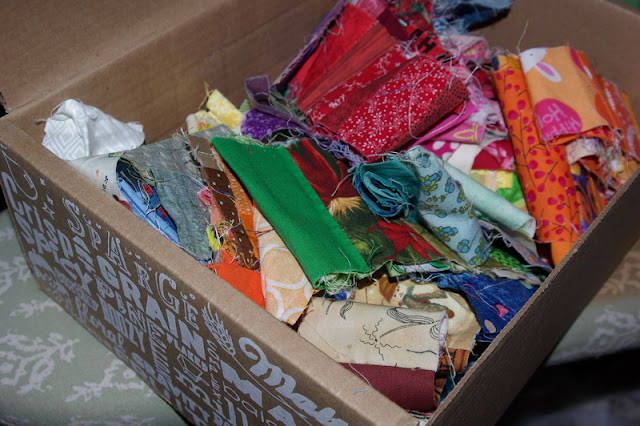 I have quite a few colorful strips now.

Now I just need to work on my orange 1.5 inch scraps and crumbs.

Wonderful scrappy fun in the sewing room!
I liked the line... "I'll deal with those next year" LOL

I started making crumb strips with adding machine tape and then realized I could do just as well on my own, like you, with out the hassle of tape. I am anxious to see what you do with them.

I’m already a fan of the orange Dakota Farmers quilt to be! Maybe it’s because right now it’s -5 degrees outside. The orange brings heat and warmth, let alone a smile on my face! ☺️😉💕

Love hose orange star blocks! I'd be happy with an entire quilt made of them - love oranges.

I like those hour glass blocks; will be watching to see how that one turns out. ---"Love"

Those Dakota Farmer blocks that you make are favorites of mine! I love the variety of orange scraps that you have - fun to look at!

Your blocks are always so fun, and I want to copy every single one!

Love all your Orange blocks. The Dakota Farmer ones really appeal.

You always seem so have such a lot of wonderful projects going on, great blocks indeed. I've been looking at coin strips lately and it seems such a good idea as the pieces can be any width. Guess I'm a slow learner not to have realised what a great idea this is.

I have made a two RSC tops out of the Dakota farmer blocks - just didn't know what they were called, thanks! Its a great scrap buster block.

You go girl! I love to see what you do with your scraps

Sewing with scraps is the best. And orange is a great color

Making coin strips is a good way to manage those less than 2.5" long pieces. Maybe I should adopt this policy. It has the advantage of ending up as one long strip, which can be draped decoratively near the sewing machine, too. Hm.

Fabulous scraps! Love the pink elephants and tiny ghosts peeking out here & there!

You make some of the most fabulous scrap quilts!! All of your projects on the go are SEW bright and cheerful. LOVE!

I too adjust the sizes of the parts of a block if the designer uses something that is not in my scrap stash measurements... such as a few years ago I was making Stars In a Time Warp, they were making 6" blocks which seemed odd to me, so I am making mine 8". I've got about 60 of them done so far. Not done yet.

So many fun orange fabrics you have to play with. I need to really take time and 'organize' the scrap bins. I love your idea for the chinese coin strips. Great use of your scraps.

I'm eyeing that hourglass block - that's a new one on me! (There you go again, sowing seeds of inspiration all over the internet)
Love those farmer stars, too!

I like that Dakota Farmer pattern, and your orange hourglass looks really good against the black. Nice plans for your scraps!