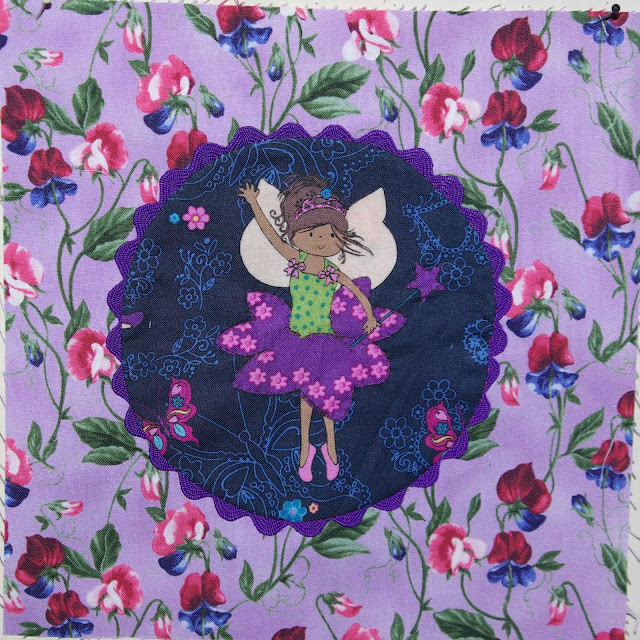 At the beginning of the year Julie (aka Floribunda) hosted a round robin. This was my third year of participation.  This year there were 16 Round Robineers.   Every round robineer starts out with a small block and mails it to Julie by the end of January.

This was my center block.
Pictures of all of the center blocks, makers unknown, were posted to the Cotton Robin blog. 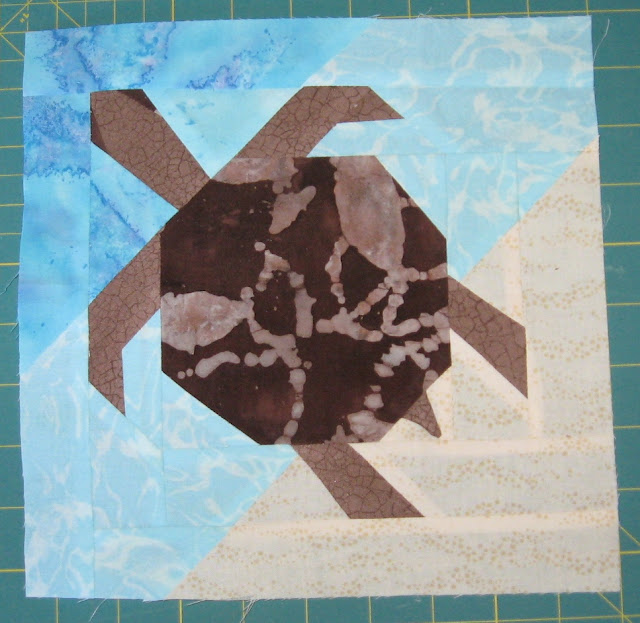 Next in the mail we received a center block and our instructions were to add a border. 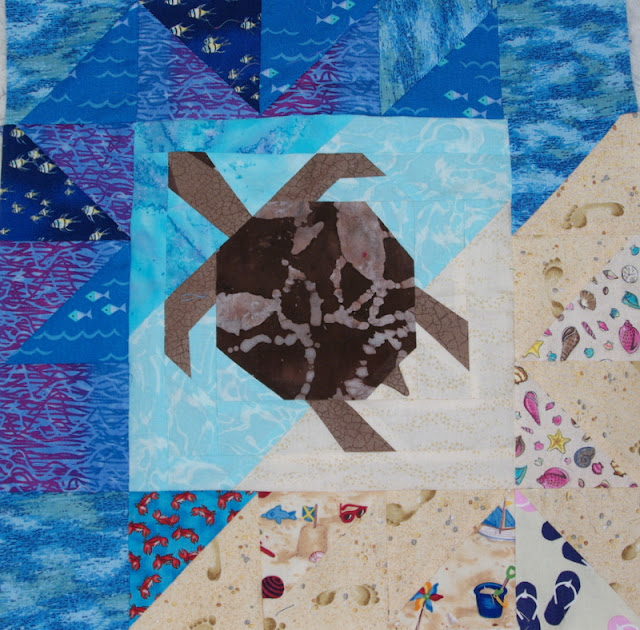 I added a beach and an ocean and sent it off to the next person. 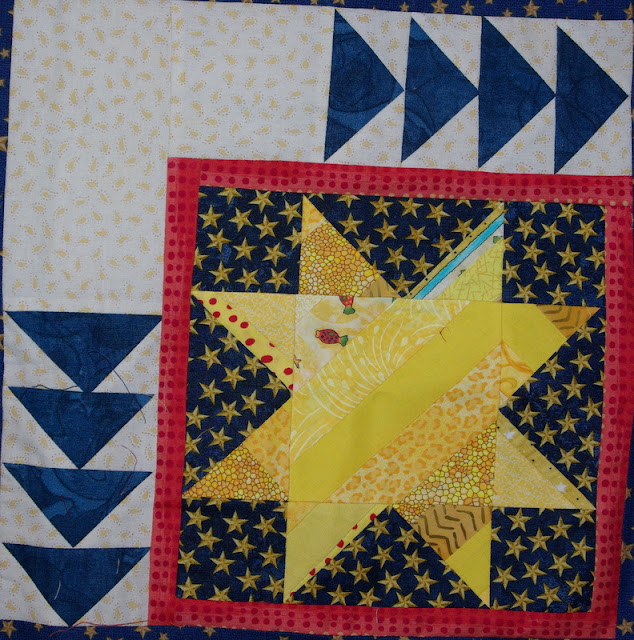 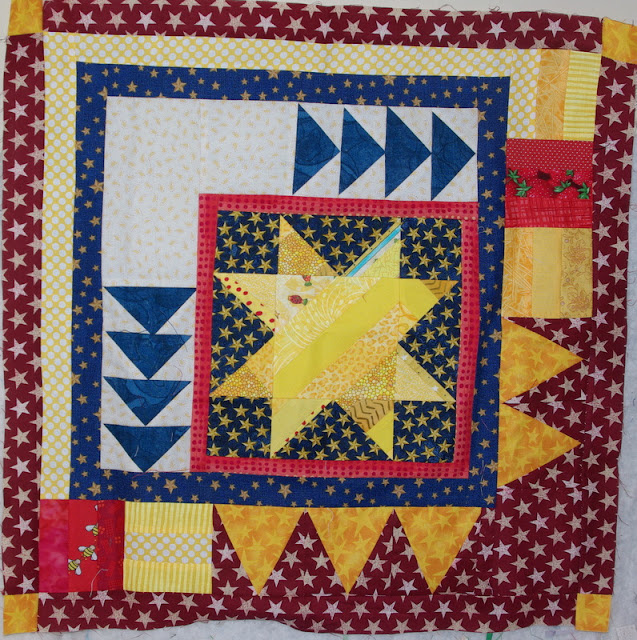 So, this is what it looked like after I added a second border. I was not completely happy with it because I wanted to even it all out but I tried.  And off to the next destination it went. 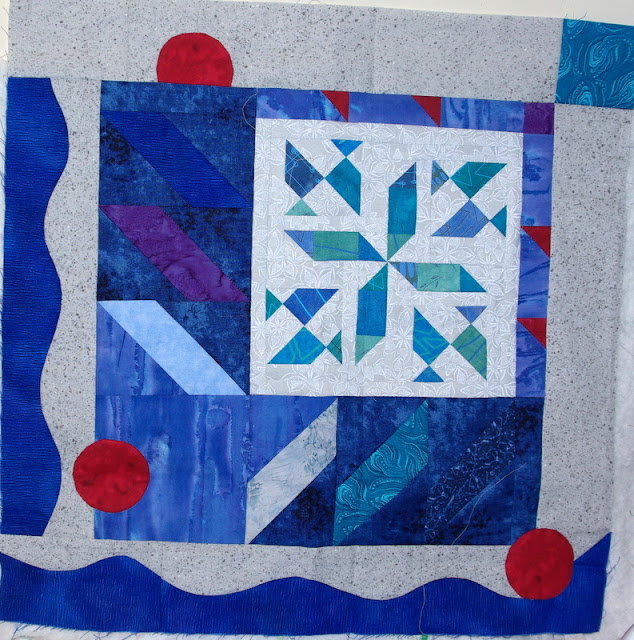 Then I received this block in the mail with the first and second borders added and I was instructed to quilt and bind it. 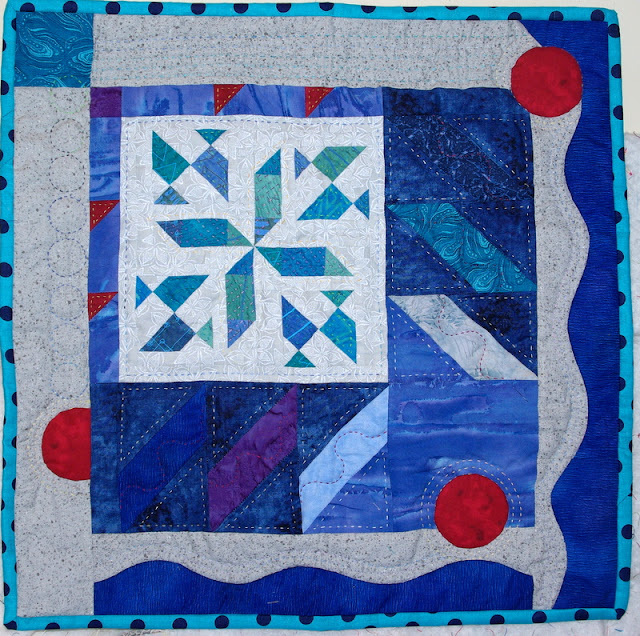 So I did a lot of hand quilting.  And sent it off home to the maker of the original center block. 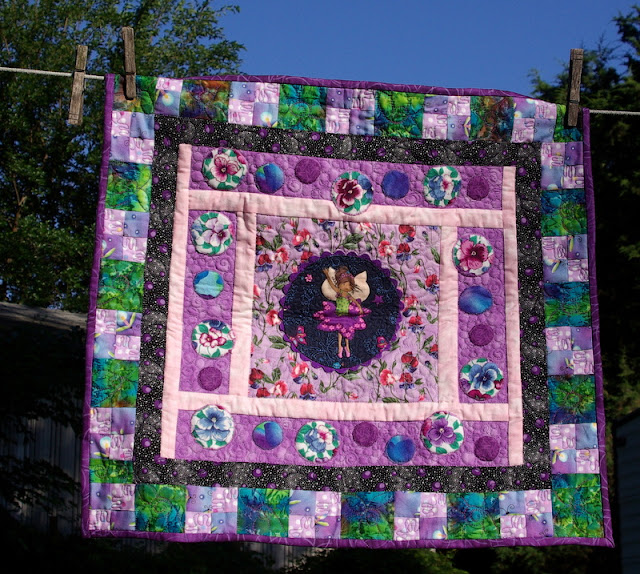 Then I received my center block back with first and second borders added and some awesome quilting added.   I love my little quilt.

It's fun to see the final reveal of all the quilts on the Cotton Robin blog. 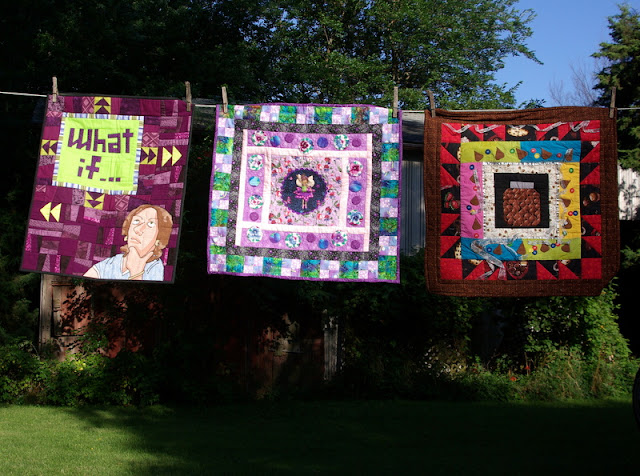 It joins my little quilts from years one and two.

This round robin stuff involves a lot of improv thinking.
So I'm going to do some improv linking:
Ad Hoc Improv Quilting with Kaja and Ann

I've just been to look at all the wonderful finishes of the other blocks - what great work all those ladies did and I love your finished mini quilt :)

Your quilt has turned out really well - you must be pleased! I found it interesting to look at the different stages and your solutions - this way of working definitely creates some challenges, doesn't it? It was fun to check out the blog and see all the other quilts too.

The creativity of quilters never ceases to amaze me. I loved seeing this post and your creative solutions to the add-a-border dilemmas. And I love your little ballerina quilt!

This looks like a real challenge; it's interesting to see the various solutions the later quilters came up with. Well done everyone!

It was fun to go and look at all of the mini quiilts that were made, as well as the ones you worked on and how your own turned out! Looks like an interesting group to be a part of.

Thank you so much for sharing this! It was fun to see what you had to work with, and what you chose to add to it.
I went to see all the starting blocks, and then all the finished quilts. Wow! So fascinating to see all the different approaches.
Everyone must have been thrilled with their finished quilts - such beautiful work!
Can't wait to see what y'all do next year!

What a wonderful post. I'm impressed that you collected all the steps along the way. I can rarely do that just over the course of a day. And the quilts are delightful too. I especially like your contribution to the lopsided one. Awesome!