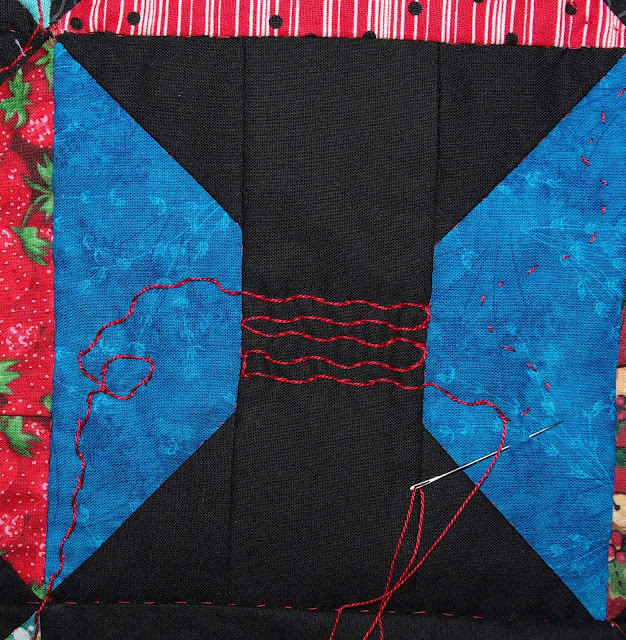 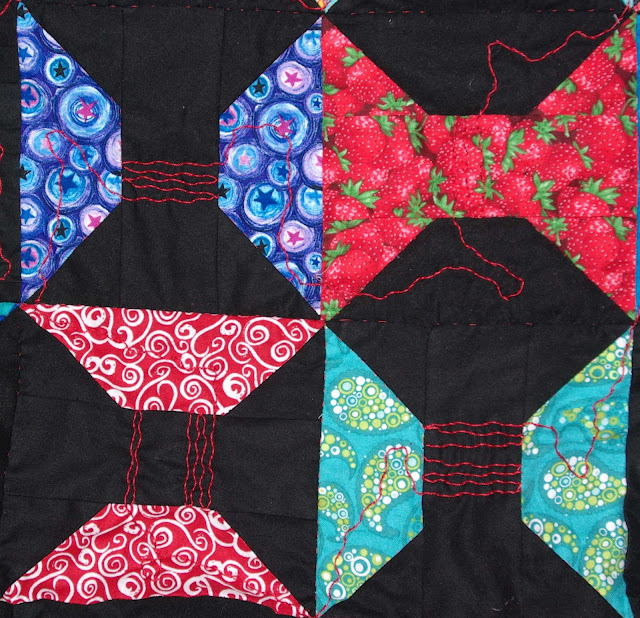 So, I'm kind of doing a free motion hand quilting. I'm going wherever the thread takes me. 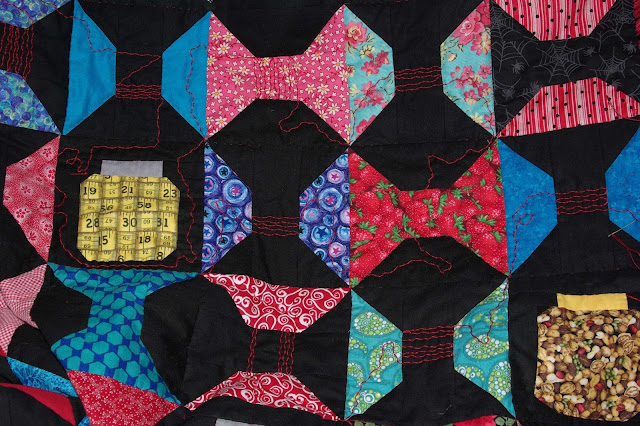 Yes, Grandma's Sewing Room has a few cobwebs, jars of buttons and tape measures and,  hate to admit it...jars of snacks.  And, for added fun..most spools are black but there are a few more whimsical spools in other colors like strawberry red.

For other Slow Stitching Sunday news of what others in blog land are working on visit Kathy's Quilts.
Posted by Cathy at Sunday, February 10, 2013

This is such a fun quilt...made even more fun with the hand stitched threads! Love it!
Thanks for linking up to Slow Sunday Stitching!

Oh my, wonderful idea for wild threads! You will have a great conversation quilt when finished.

That is such a neat idea to make the thread all wild. Reminds me of my spools of thread in a box that I need to untangle!

I adore your thread gone wild. What a great idea! Great quilt!

I love your wild thread! I've pinned it so I can remember how you did it... I am going to have a wall quilt of spools "someday" in my quilting room!